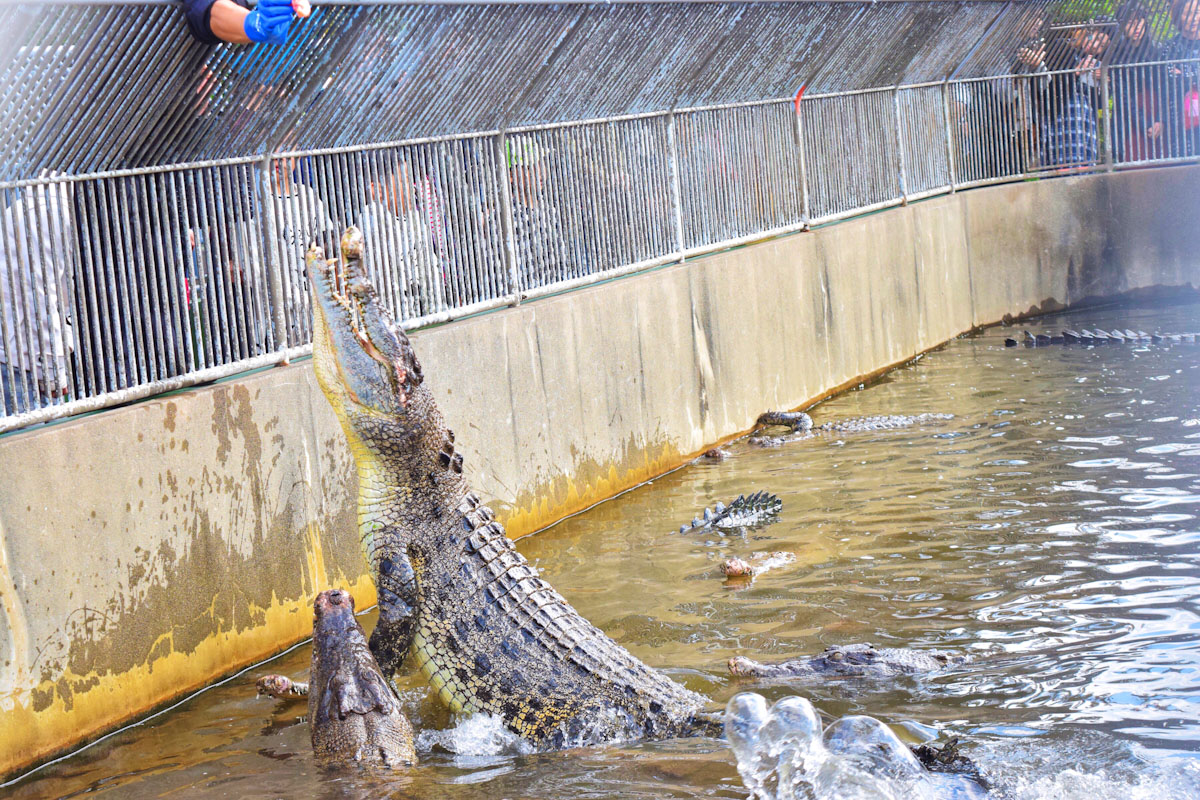 Oniyama Jigoku is one of the hot springs (onsen) included in the Jigoku Meguri (Hell Tour), in which you can enjoy famous Japanese hot spring spots all at once.

There is another name for Oniyama Jigoku, which is the “Crocodile Hell.” But why on earth are there crocodiles in Beppu? And what is the relationship between the hells and crocodiles?

Everyone is probably interested in the crocodile side of Oniyama Jigoku, but let’s first talk about the “hell.” Beppu is a hot spring town in Japan with over 2000 hot spring sources. A long time ago, steam, hot springs, and thermal mud were obstacles to agricultural production, which is why they were hated and called “hells.”

However, when the tourism began in the area, they revamped the “hells” into the area we now know today. As soon as you enter Oniyama Jigoku, you will see that the hell boils at 99.1 degrees Celcius. Contrary to the beautiful green color, the boiling water and steam that blows out are definitely like hell. It is a real pleasure to be able to see this hell with so many different characteristics. And now, you will also notice the area with the crocodiles.

Now, we will finally explain what the crocodiles are doing here. As we mentioned, the hot steam and water seem to be blowing out of hell, and at first Oniyama Jigoku focused only on that. Originally, crocodiles live in areas warmer than Japan, but because the hot spring makes the area warm, they started using the area to rear crocodiles in 1923.

Currently, there are about 70 crocodiles and alligators being raised at Oniyama Jigoku. Depending on when you go, you may be able to see eggs or baby crocodiles as well!

In the exhibit corner that recreates traditional Malaysian houses, you can also see specimens of endangered crocodiles and huge crocodiles, which was once the largest crocodile at Oniyama Jigoku.

Additionally, the recommended time to go is during feeding time. It is very exciting to watch the huge crocodiles pounce onto their food with a powerful bite. It is held every at 10 on Wednesdays and Weekends, and again at 14:30 on weekends only, so let’s go when we can see the feeding!

As the feeding time draws near, the crocodiles gather.

And when the staff yelled, “ guys!! It’s time for feeding!!” they react aggressively like this!

I was taken aback seeing this!

Then, they wait still for being given the food.

And catch the food at the perfect timing.

Needless to say, their powerful way to eat and the staff’s explanation about crocodiles during feeding time is also worth listening to.

How to get to Beppu, where Oniyama Jigoku is located

Between Oniyama Jigoku and all the other hells, how will you spend your time in an area with as many onsens as Kannawa? Take the quiz below to receive recommended onsens and help you plan out your day!