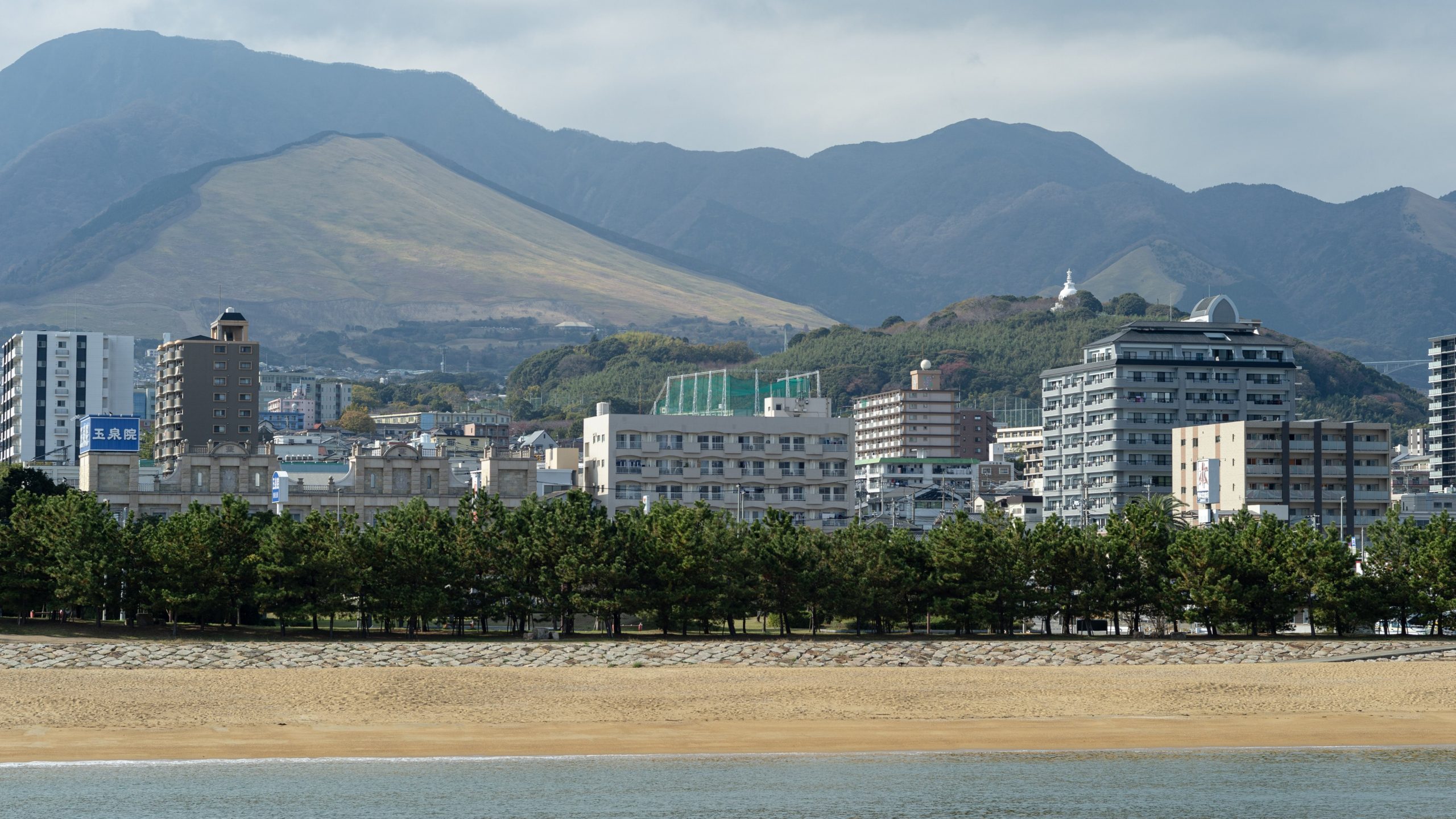 Located in the northeast Kyushu, Beppu is the town lying midway between the mountain and the ocean.
You say ‘up to the mountainside’ and that means ‘to go West’. You say ‘down to the beach’ and with that you go east to Beppu-Bay towards Pacific Ocean.

Living in a Ryokan for a month

I spent one of the winter months around the seaside -Kitahama area. There I was based in a Ryokan. This particular Ryokan was 90 years old, just as the same as my grandmother’s age who frequently visited Beppu in her childhood. 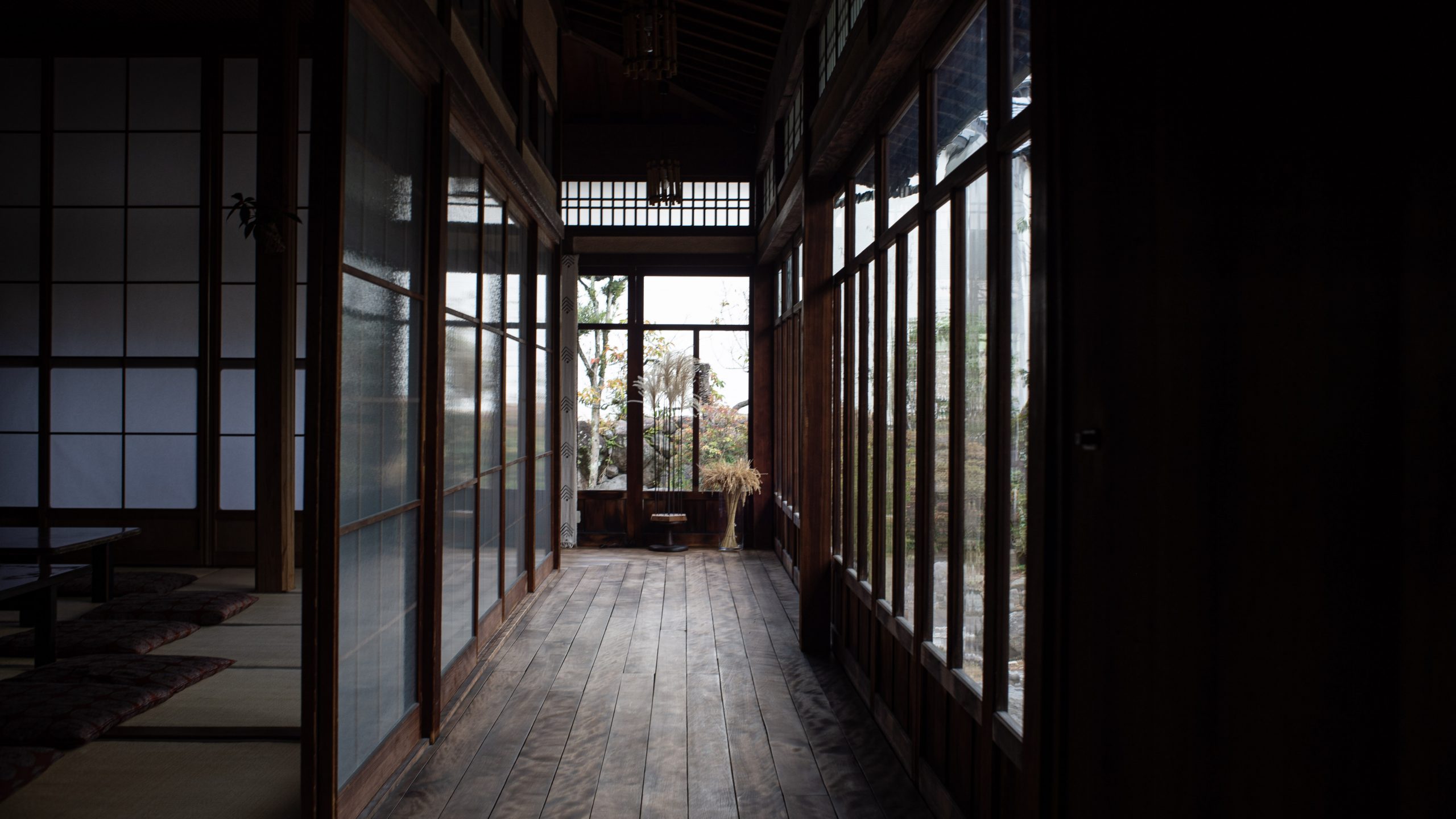 Yes I lived in a Ryokan- and living in Ryokan was somewhat in between the special trip and the ordinary daily life.
Since the place is traditional style – and I spend days wearing Japanese yukata-, it started as an unusual event cutting in my monotonous life under Covid-19 era. After that, eventually ‘the routine’ feeling came blending in.

‘Work-ation’ they say, these days, but it’s not really ‘working vacation’. I was simply living and working over here. In the working hours, I was writing manuscripts for a book, attending conference calls.
Then on and off, I soaked myself in the open-air bathtub made of rock, while watching the Sumo bout from the tub. It was always the dusk when the color of sky turned into lapis lazuli.
When the last bout for the day is closed it’s 18:00 when I start to feel a small thirst for one drink of the day. 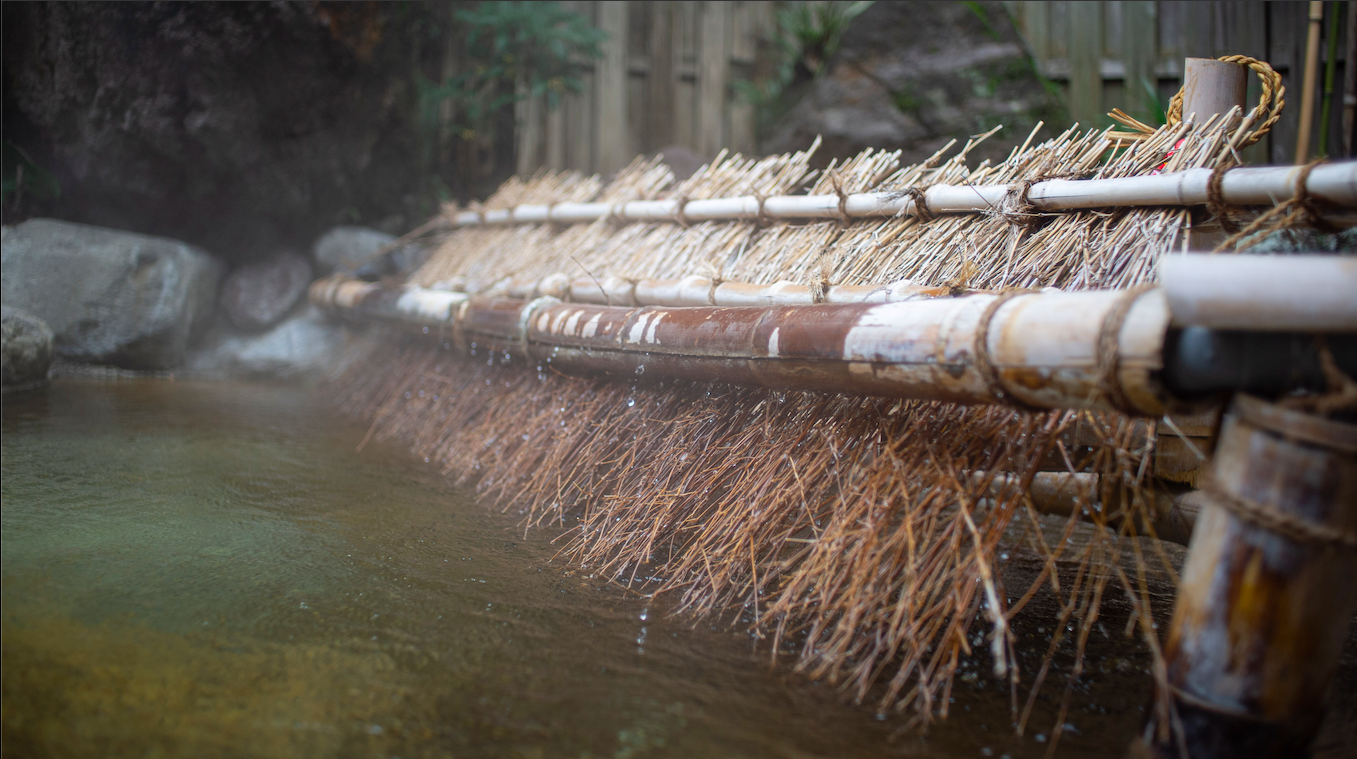 Snow-day onsen in the mountainside

It was one chilly morning, when my one-month Ryokan life was almost coming to an end.
I woke up with the feeling of iciness. This soon turned out to be snow falling silently, which made me shiver then long for the warm spring to embrace me. The town was not covered with white yet.

I headed out walking along the river, ‘to the mountainside’. This Sakaigawa-River splits Beppu town into two – north and south. Riverbanks with grass field accommodated a few teenagers despite the weather.

The umbrella was no-good. I shut the umbrella quietly, and noticed again that the snow fell in a true silence.

I went up all the way to Sakura-yu, located in Horita the mountainside. This place is a unique onsen where you choose a room with a bathtub first in the reception before getting in. A receptionist hands you a coin that is to start filling up the onsen. So that the water is always clean and that you are the first person to be in ‘the fresh water’. 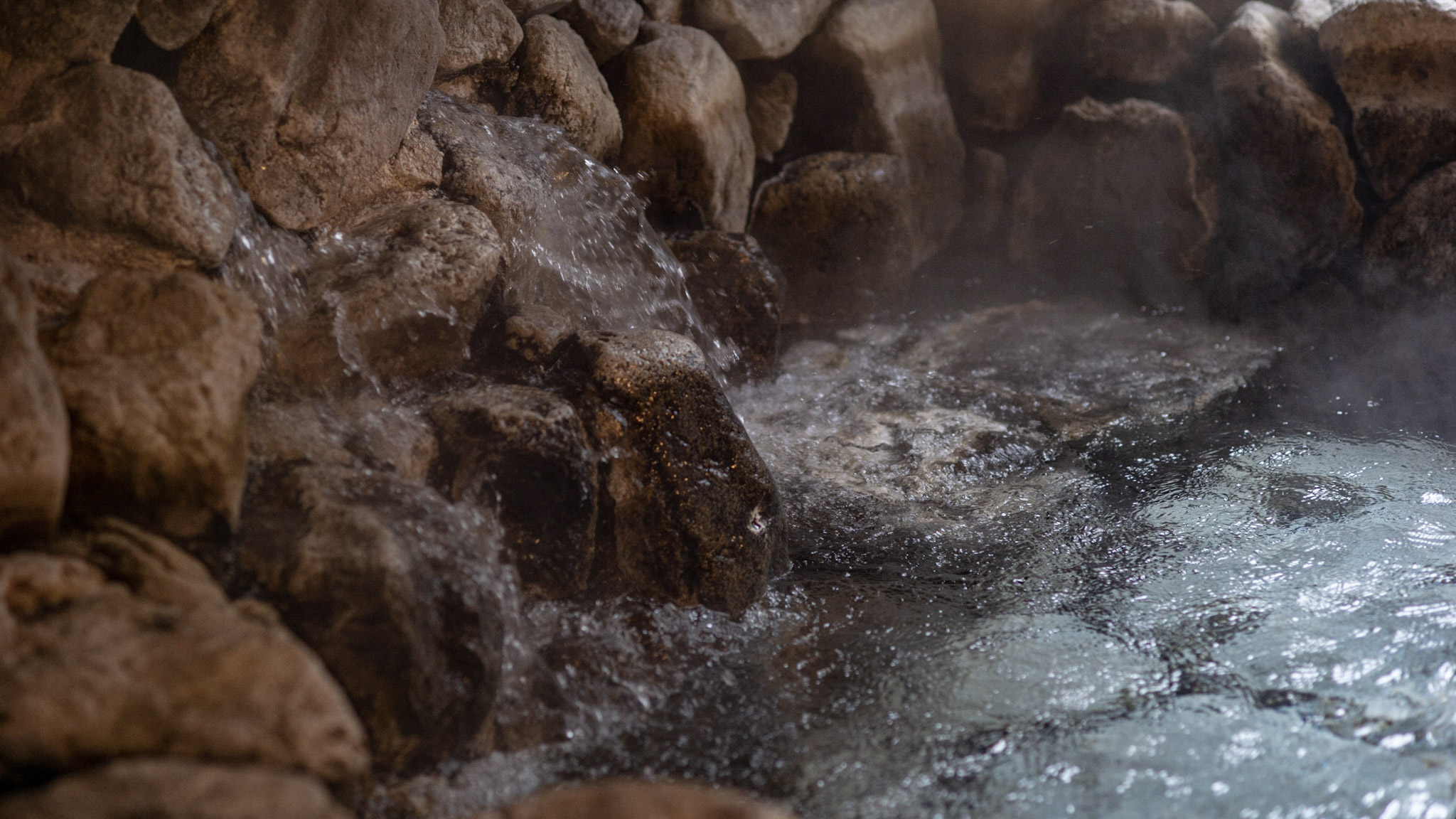 The room was facing the garden, which brought in the frosty wind to the rocky tub. I jumped in as soon as the tub had been filled with the clear water of the Horita area.

Water was a little hot – as is always the case with Beppu onsens. Soaking inside the hot spring and gazing up to wonder where the snow originated was somewhat similar to the time speculating where this particular hot spring comes from.
One is from up above the mountains and the other is from under the sea. These are all the same circulation. 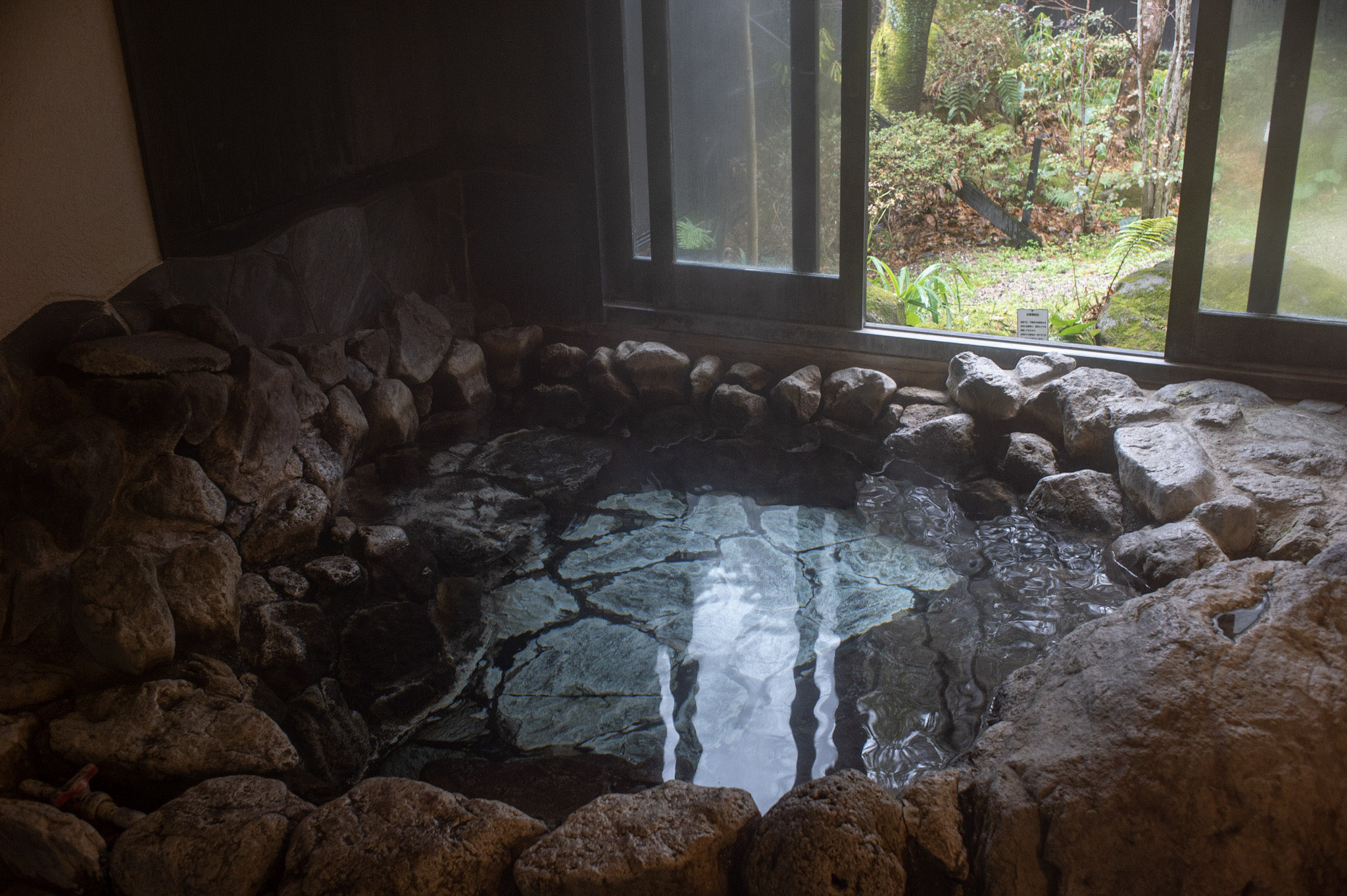 Including a day to a month

A piece of snowflakes was straying into the tub. It melted in a second and left a piece of iciness. I had a feeling of the winter season closing soon.
All at once I started imagining the next season- the image of warm whiff and the garden embracing a piece of cherry blossom. Funny thing to already missing the winter season – winter was still there, but it was leaving me, as if my Ryokan days were going to leave me in a few days. 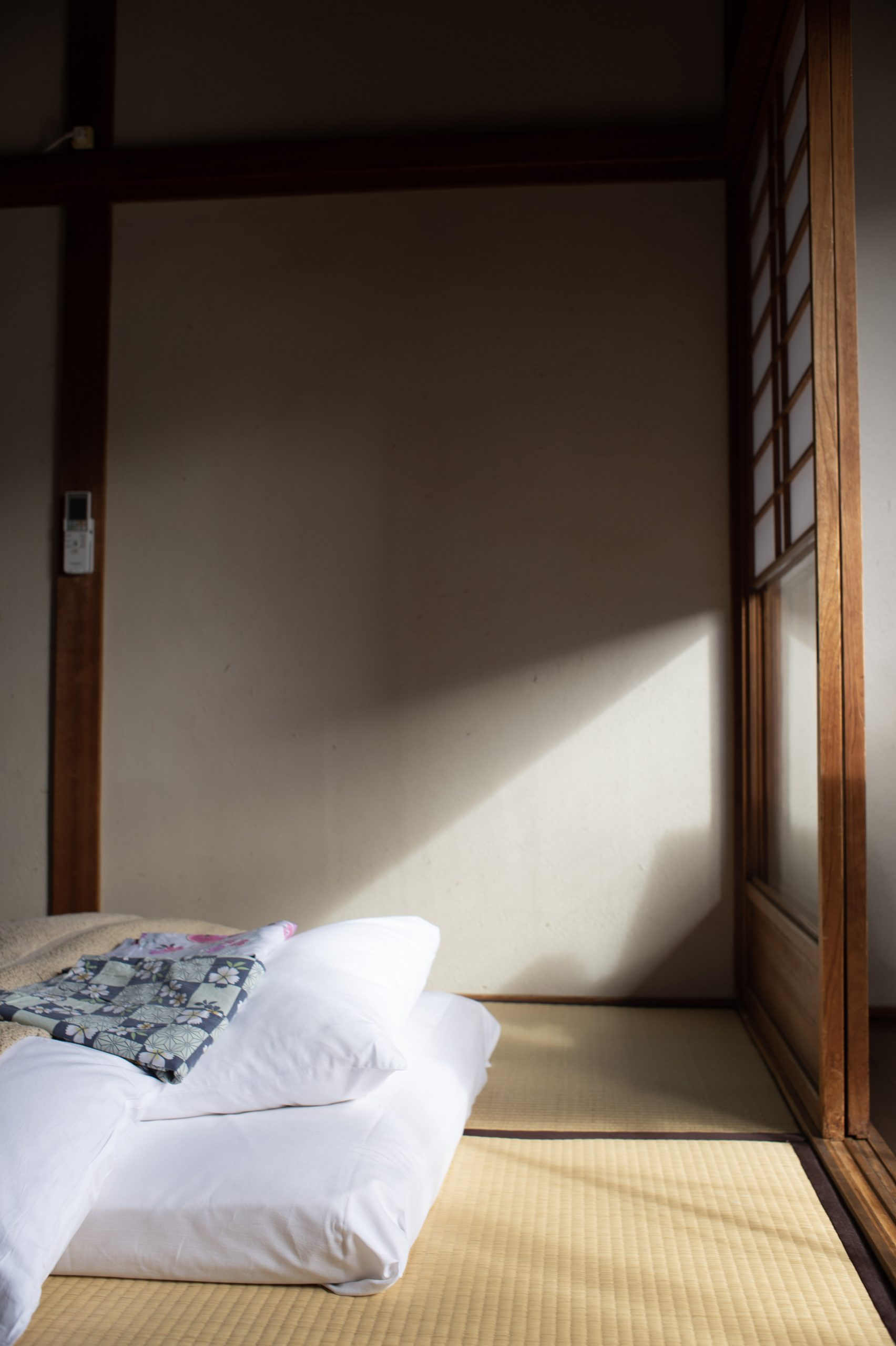 Yuko Haraguchi – Author / Lawyer / Traveler
Back to Japan after joining legal research projects in South/ southeast
Asia and in Africa. Currently base in Onsen towns in Japan – three
months in Beppu. Her new book ‘Observing 30 trials around the world’
to be published in 2021. 124 countries visited. 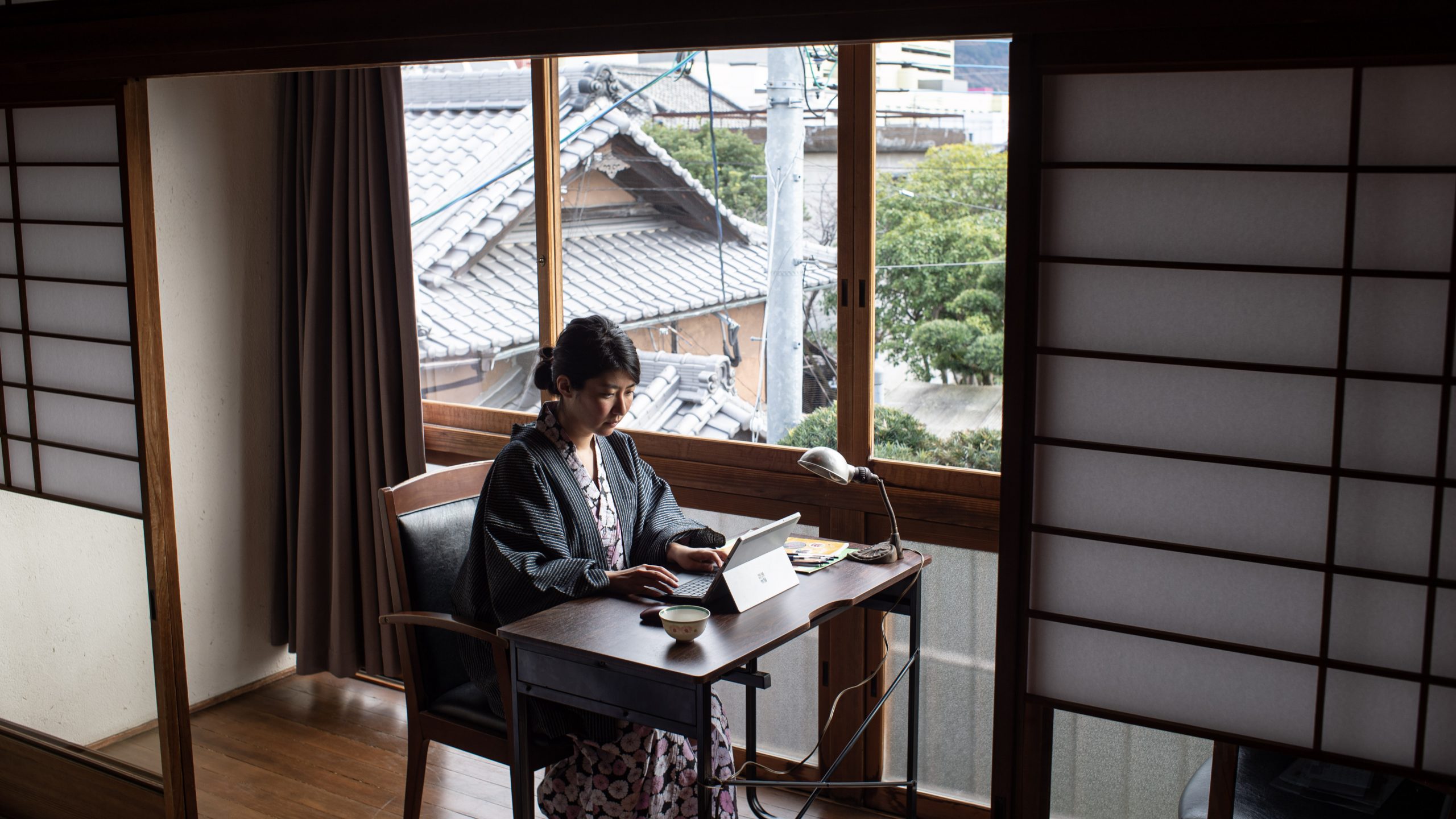