Onsen Where Tattoos Are Allowed Vol.1

Contents hide
I The Girl With The Tattoo Explores Onsen ~ Shibaino Yu
II Japan’s National Treasure
III Sounds Cool, But I Have A Tattoo So…
IV One Tattooed Girl’s Experience
V An Onsen Where Tattoos Are Allowed
VI The Local Experience
VII Warm Waters and Warmer Hearts
VIII Basic Info

The Girl With The Tattoo Explores Onsen ~ Shibaino Yu

Being a foreign woman with tattoos living in Japan, it’s easy to feel isolated. Add that to the recent state of national emergency and you have a great recipe for utter loneliness. That being said, this onsen town in which I live, Beppu, has just started to reopen. And its local onsen culture may be the answer to this problem. That’s why this time, I’d thought I’d introduce you to onsen where tattoos are allowed. 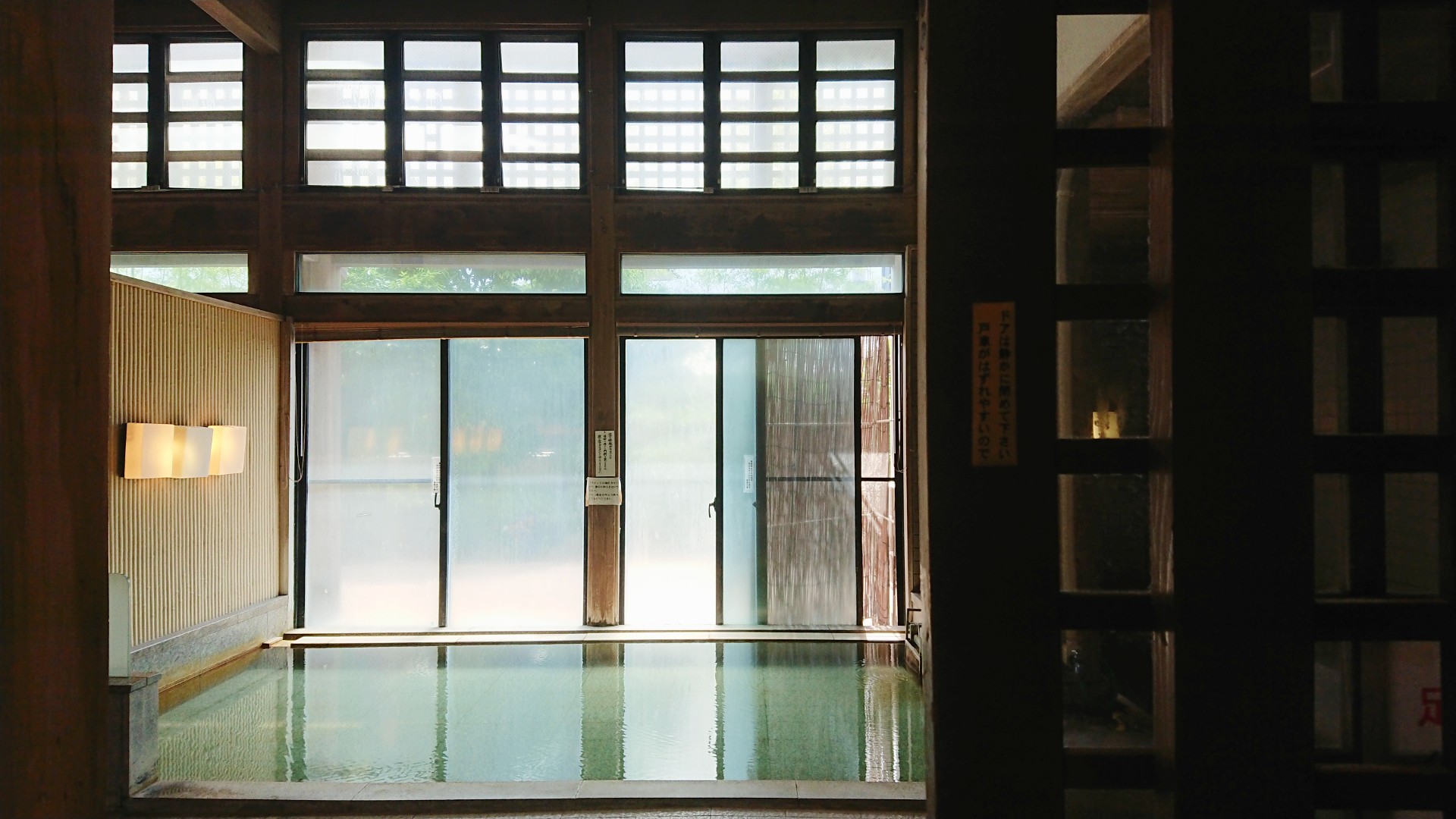 I believe there are many people out there who have came to Japan and left without experiencing one of Japan’s greatest treasures: onsen! Some are afraid of being naked in front of strangers. Others are unaware of the many benefits of these hot springs. Still, there are those who have tattoos and believe they cannot go. As I too was once one of those unfortunate souls, I am here to say hope is not lost!

Sounds Cool, But I Have A Tattoo So…

When I was in America, I remember being vaguely aware of this thing called “onsen” and how much Japanese people loved it. Upon reading more, I fantasized about retreating to a remote Japanese inn, sitting in the steaming waters, and being surrounded by beautiful landscapes. But the fact that people with tattoos were not welcome was fixed in the back of my mind. And that was that. 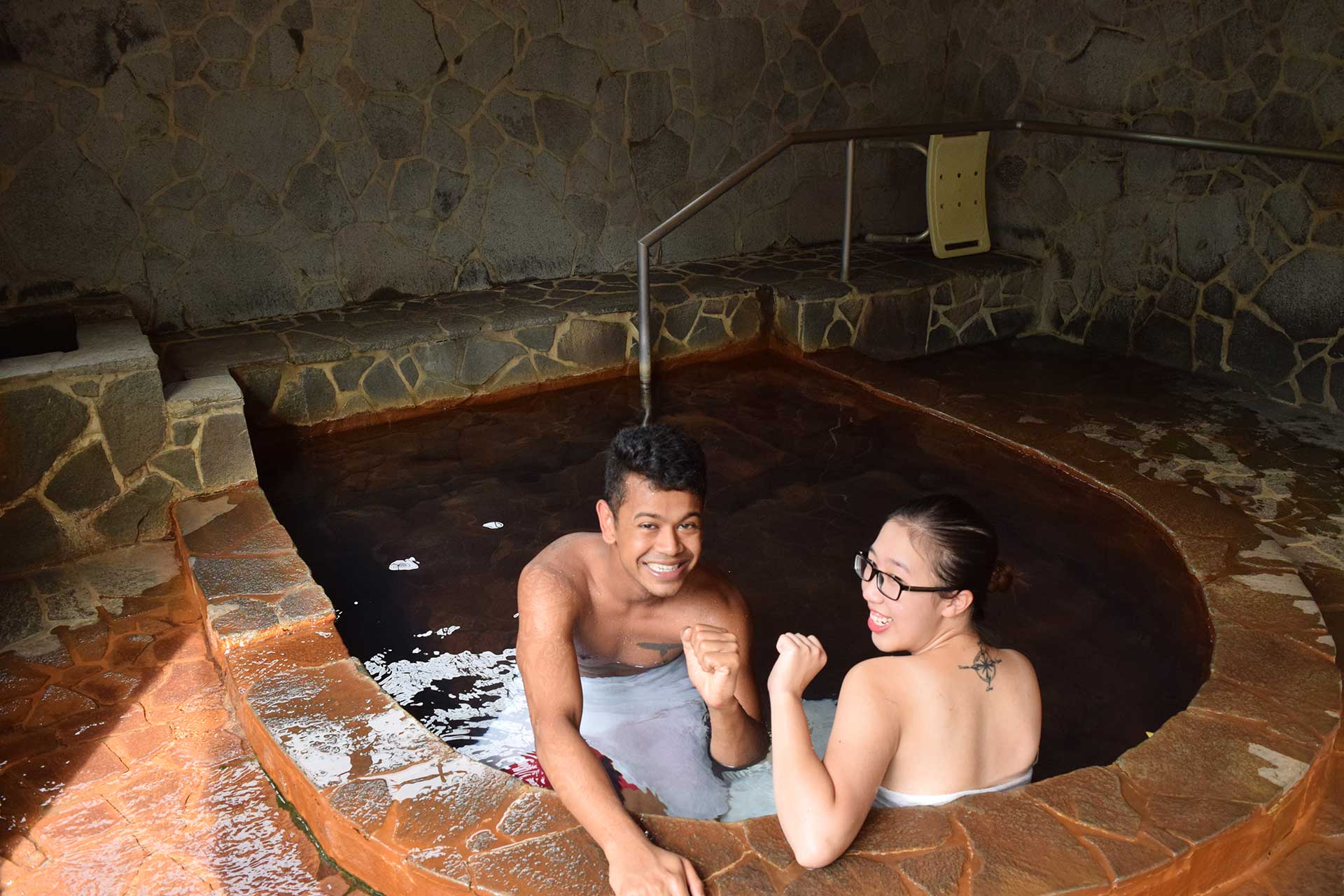 On my first trip to Japan I didn’t bother to even try to check out onsen. Fast forward and now I live in the onsen capital of the world: Beppu! Imagine being surrounded by spectacular hot springs only to be unable to enter! The tragedy!

Luckily for me, that is not the case in Beppu. I believe many coming from outside Japan (especially those with tattoos) are afraid of feeling out of place at an onsen. But fear not! This city is uniquely tattoo and foreigner-friendly.

Before choosing an onsen, I consult with the tattoo-friendly onsen map here, which lists all tattoo-friendly hot springs in the Beppu area. Many facilities had restrictions due to the coronavirus outbreak, but I found an open one relatively close by. 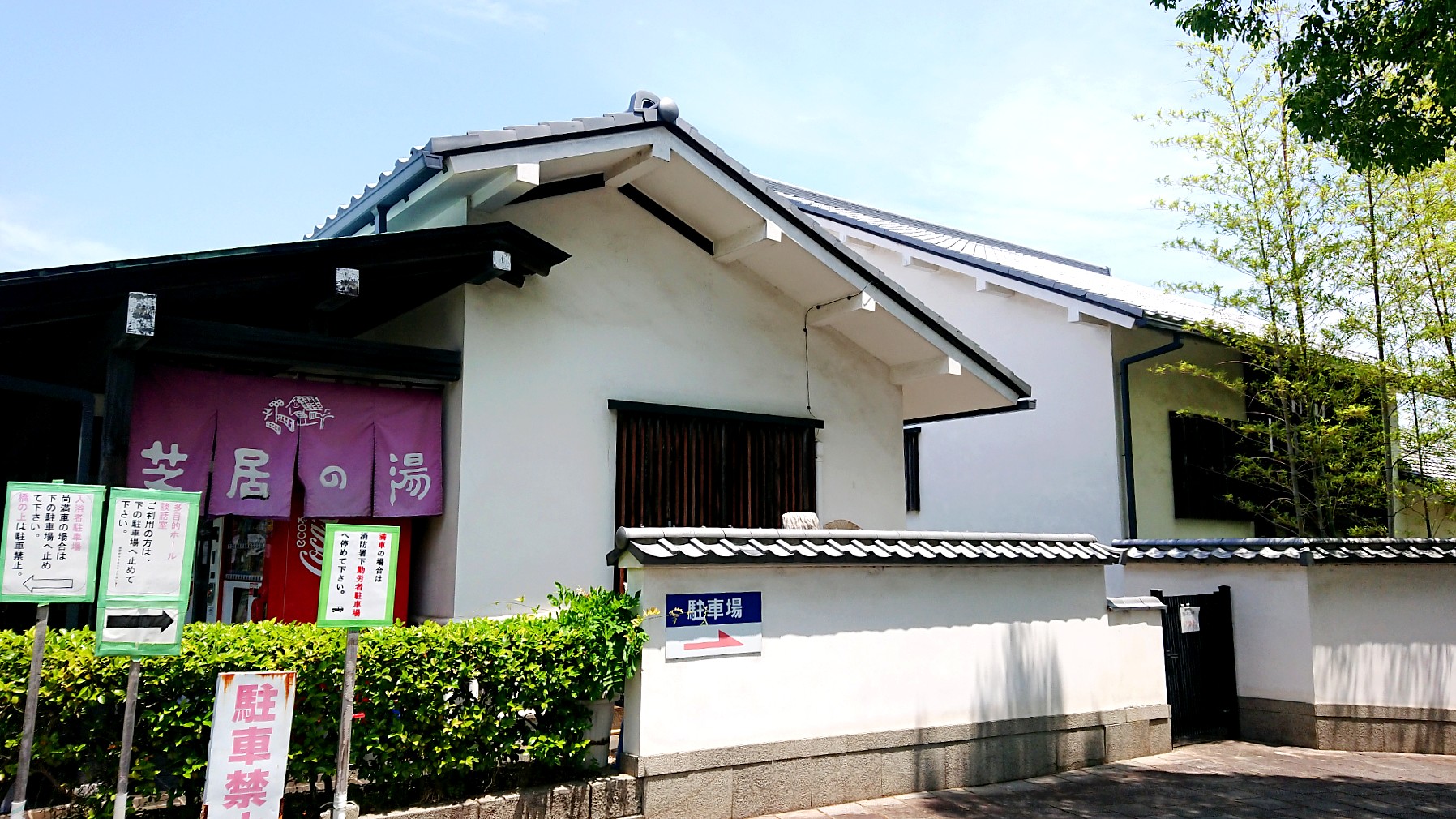 An Onsen Where Tattoos Are Allowed

Shibaino Yu sits on a hill, nestled in a quiet, more residential area of Beppu. Consequently, the locals flock here around noontime. Even though the city has just started to reopen, today there are a few people about. Again, it’s a nice feeling after such an extended period of sitting alone at home… 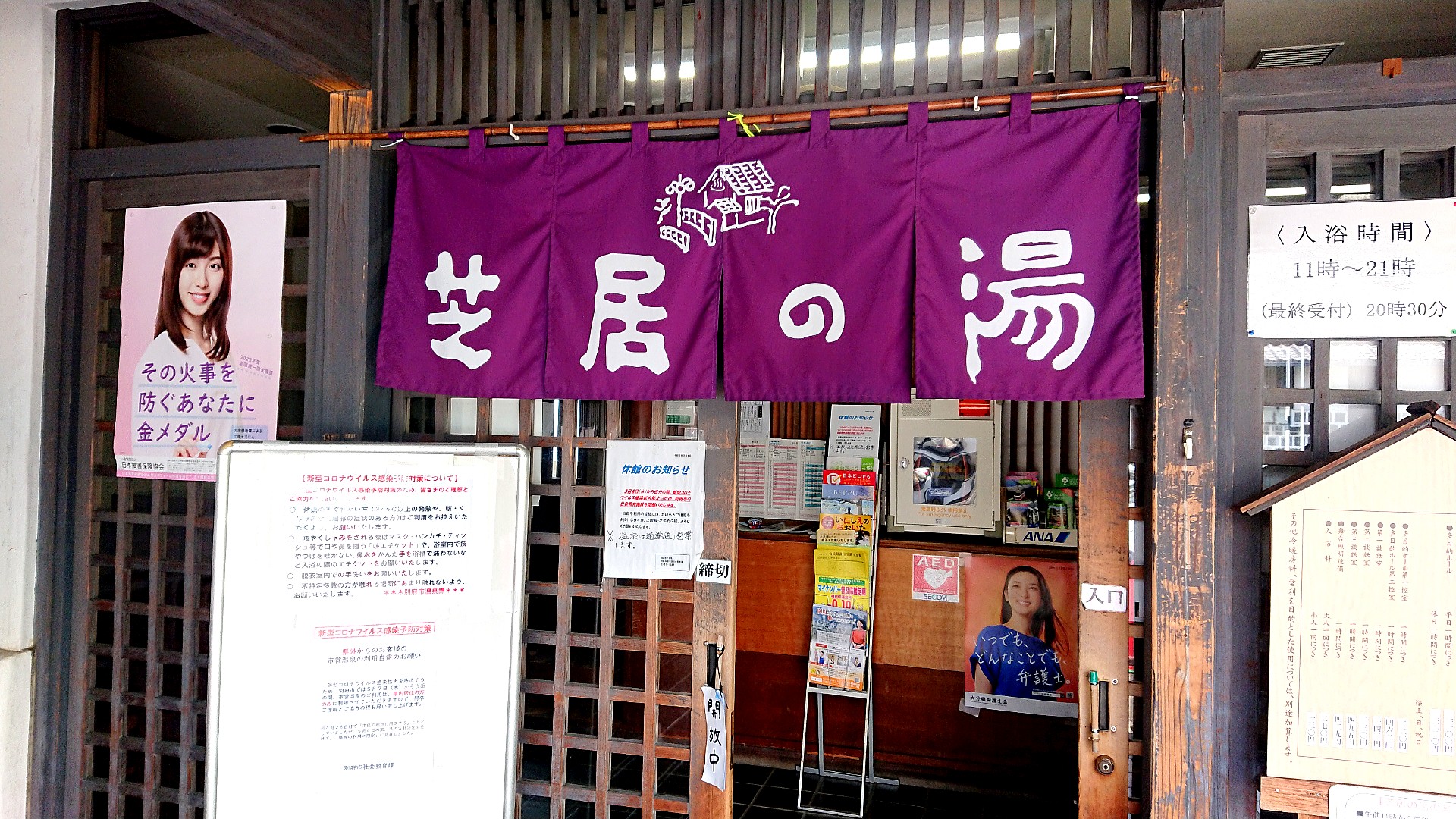 I make my way in through the entrance. Notice the coronavirus advisory notice on the left. For the time being, many onsen in Beppu, including this one, are only open to residents of Oita Prefecture. Luckily for me, in spite of both my tattoo and my terribly foreign appearance, I am greeted warmly by the Japanese attendant. 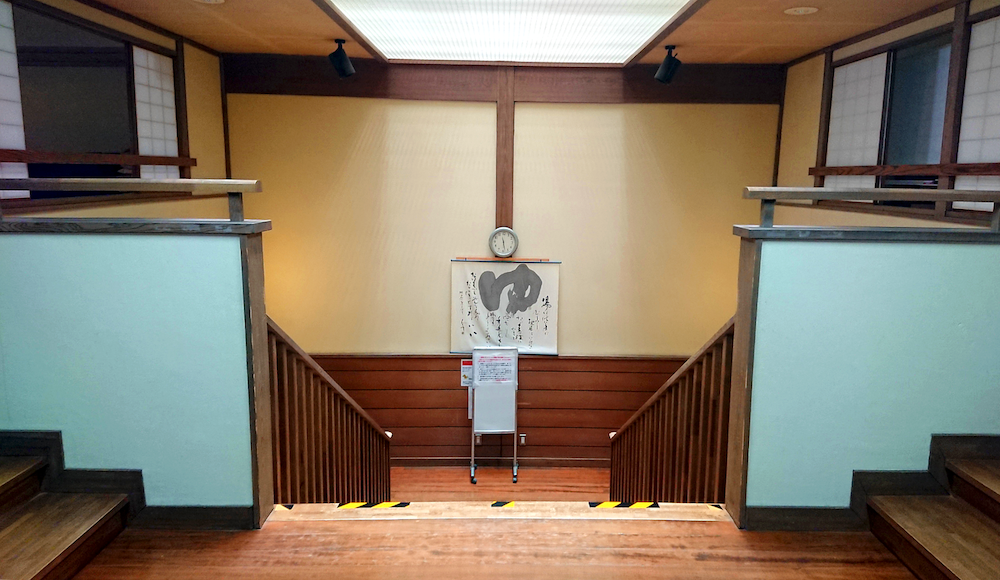 The traditional architecture of the interior transports me to a different place in time.

The stairs lead down to the men’s and women’s bath on either side. 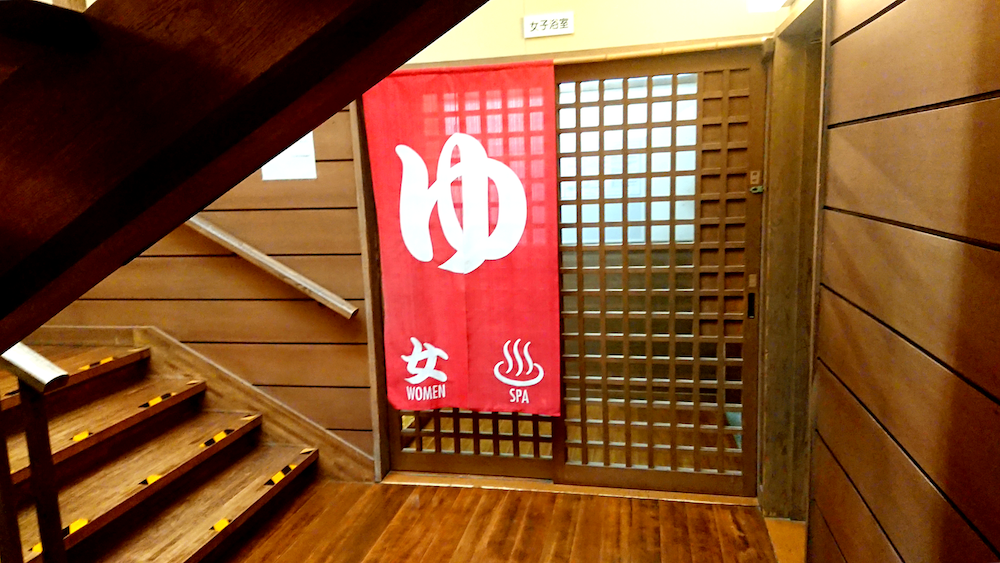 Just when I thought I might have mistakenly made my way to the men’s side, Shibaino Yu does me the kindness of spelling it out in English!

When I move the sliding door, the chatter of several local women inside reaches my ears.

They are enjoying this dynamic onsen that has one wide and hot bath in the center of the room and a smaller, slightly cooler bath with taps pouring water from above. 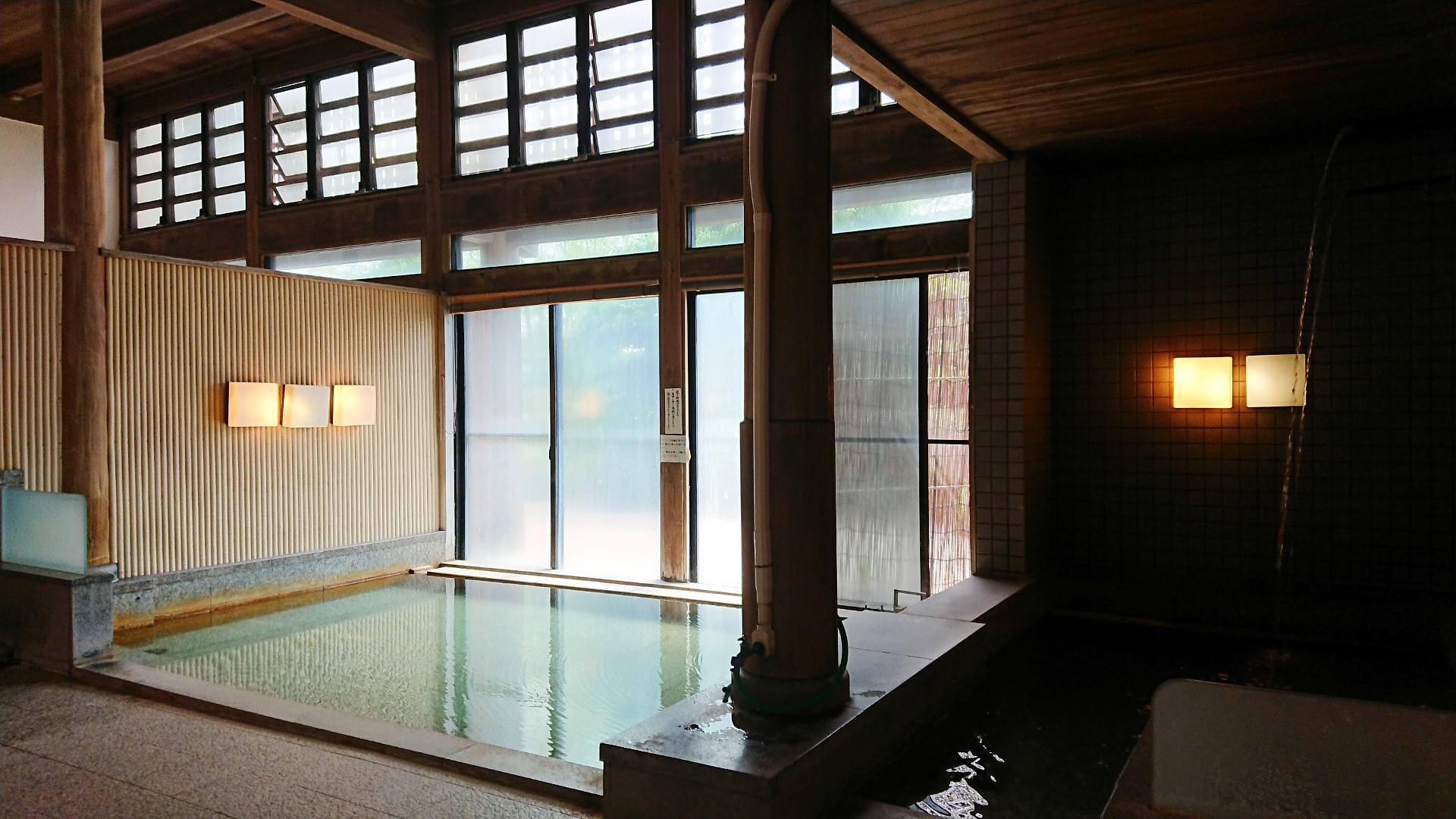 Daringly, I enter the hot pool first. For several moments I stand. Though the hot water is a few inches short of my knees, my whole body begins to heat up. I take a few moments to acclimate to the hot water and settle in, lowering my body so the water reaches my shoulders. I hear, “It feels great!” from my left. A Japanese woman has settled beside me, smiling and giving a small nod. 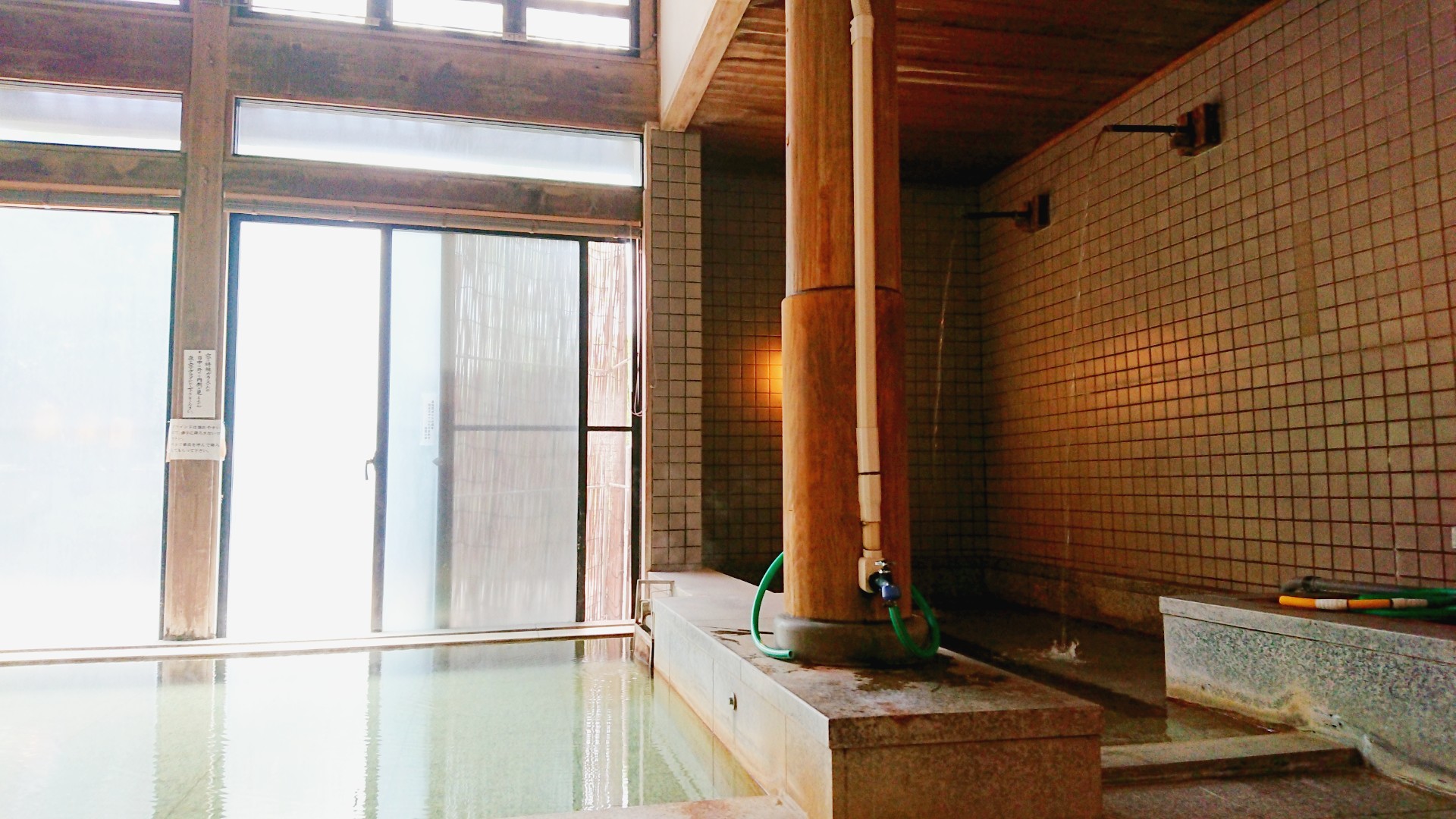 Just when the main bath gets too hot, I take a small break in the warm pool, using the surging water from the tap to massage my shoulders and spine. And to think that if I were anywhere else in Japan, there’s a good chance I couldn’t partake in these pleasures because of my ink! 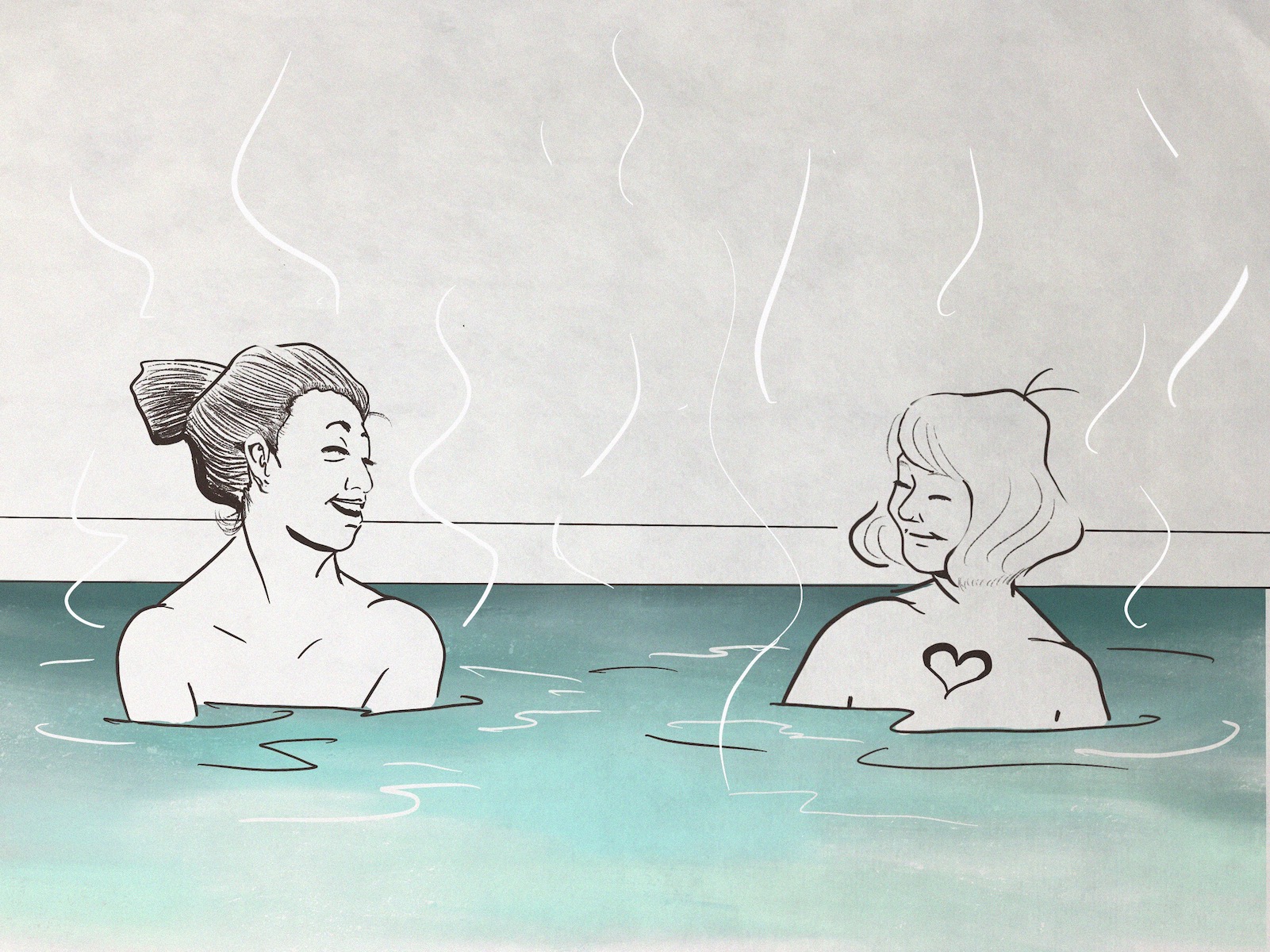 As I rinse off an elderly woman takes the shower next to me, greeting me before preparing for her bath. Then, as I prepare to leave the dressing room, another local woman, perhaps in her 60s or so, gives me an enthusiastic “konnichiwa!”

The important thing is not only that tattoos are allowed according to the establishment, but that the local people are so open and welcoming. 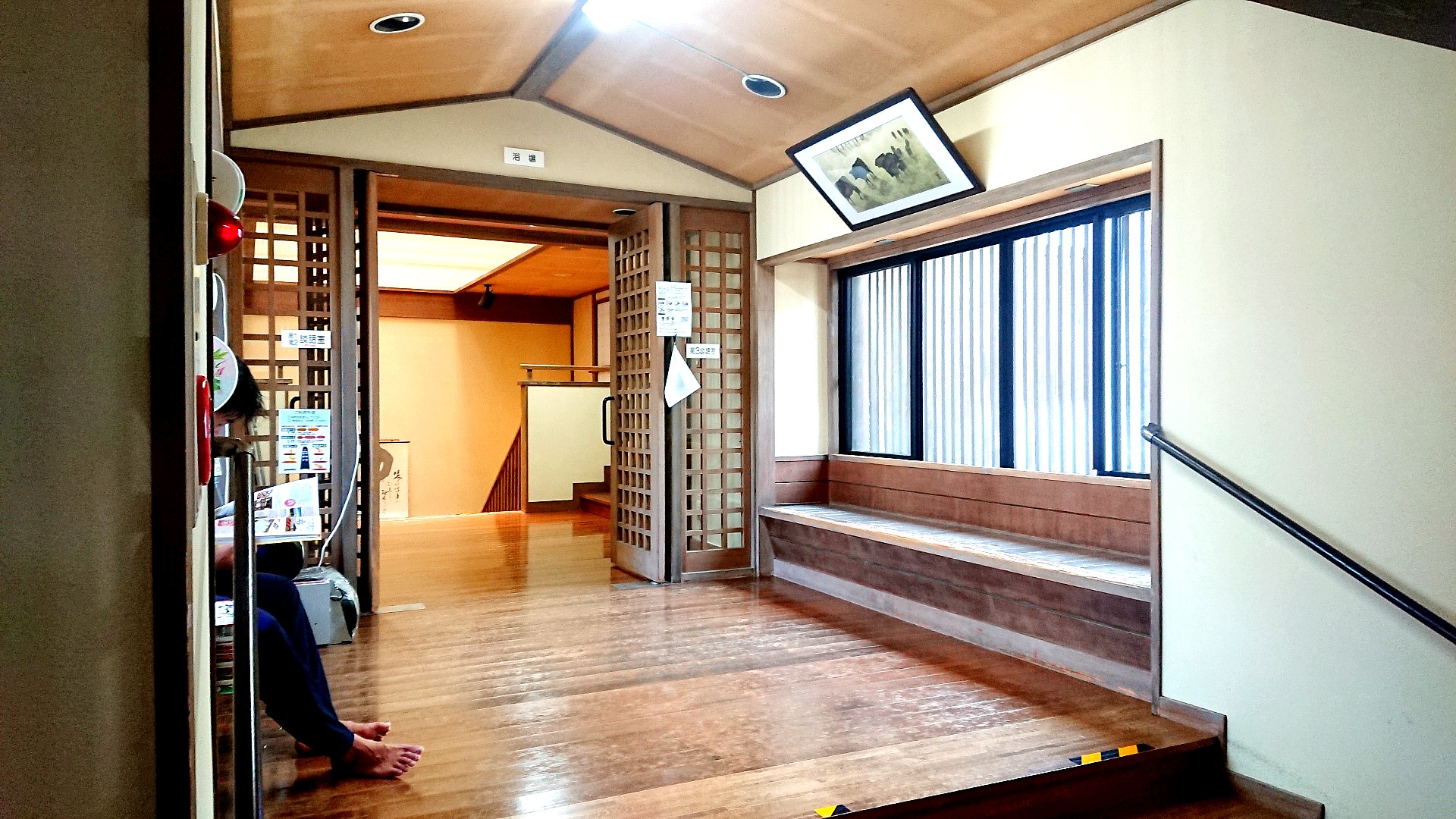 There’s a resting area just inside the entrance. Probably a good idea to chill and hang out with locals once things settle down.

To those out there who are interested in onsen, but have tattoos, don’t give up! There are definitely places and people in Japan who will welcome you with open arms. In my case, that place was Beppu. 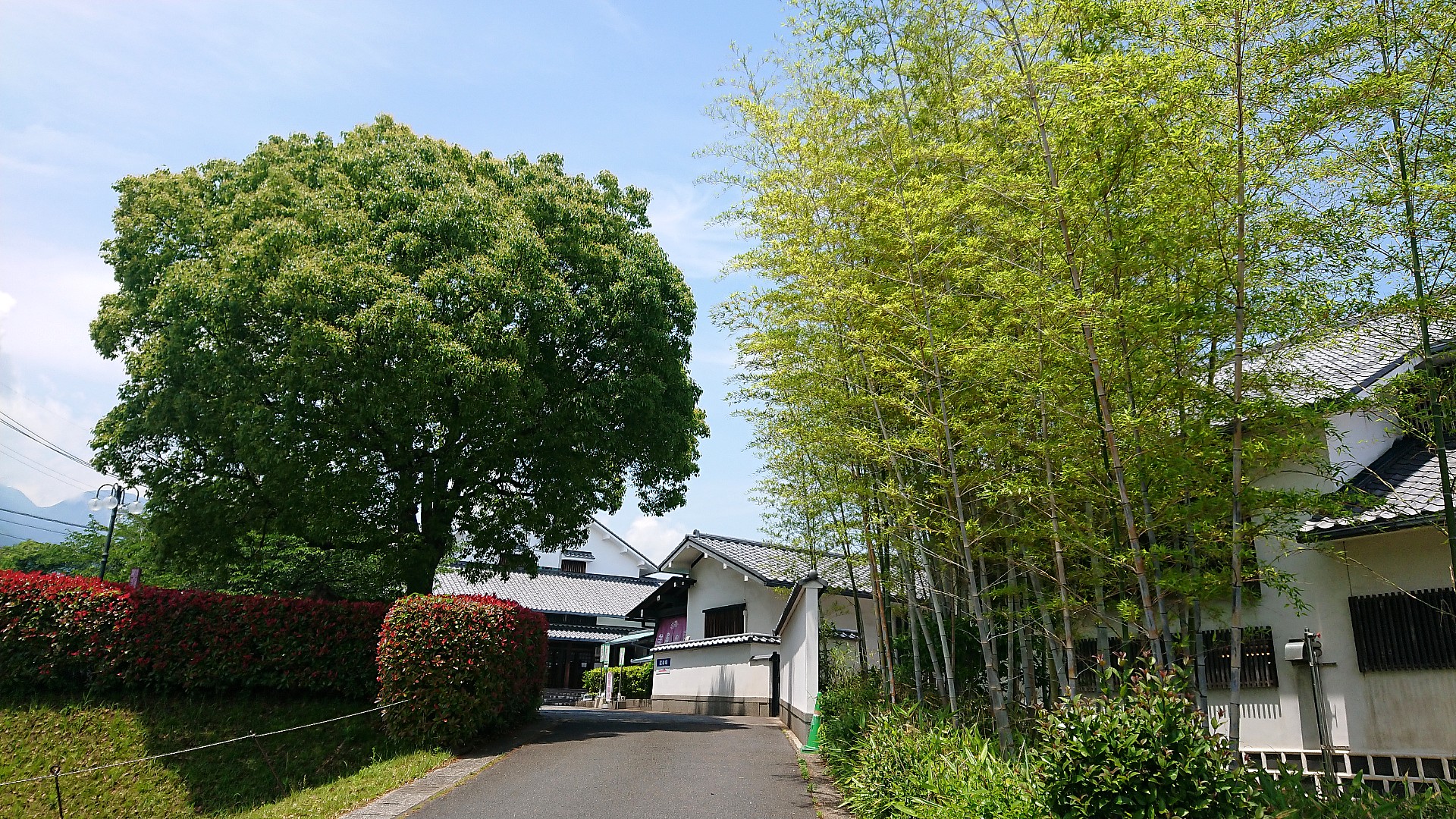 How to get to Beppu Onsen where Shibaino Yu is located. 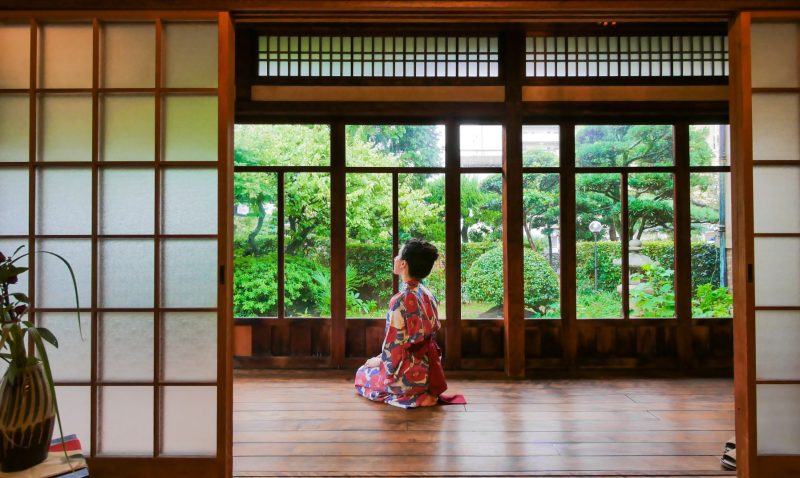 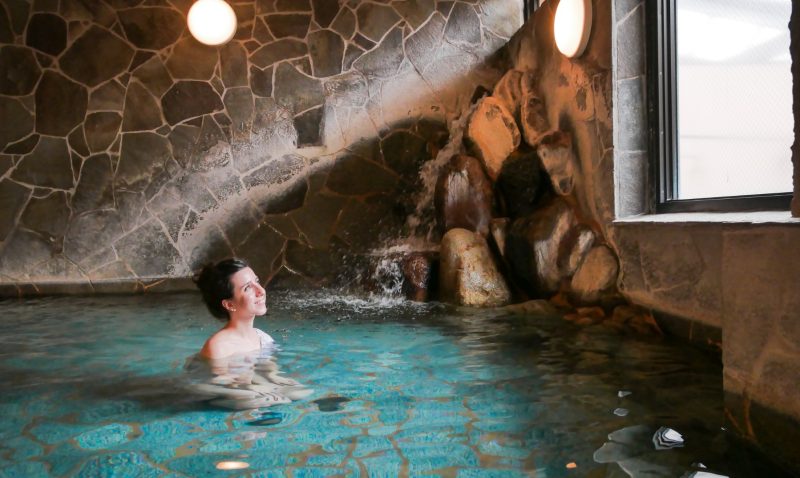 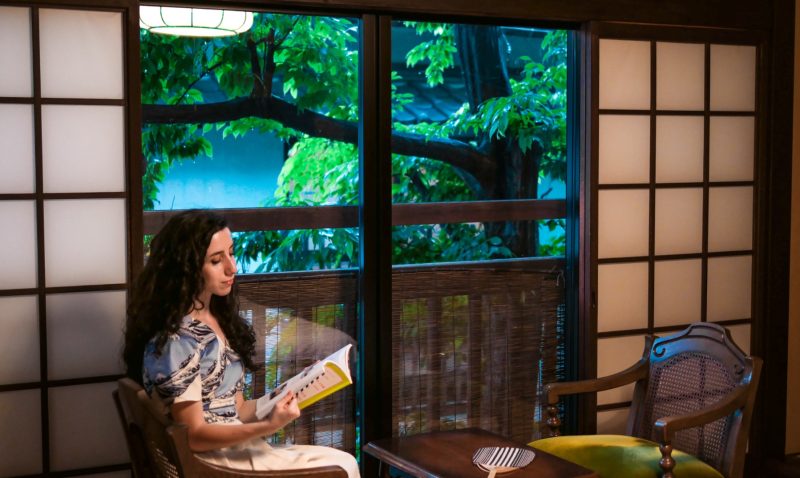