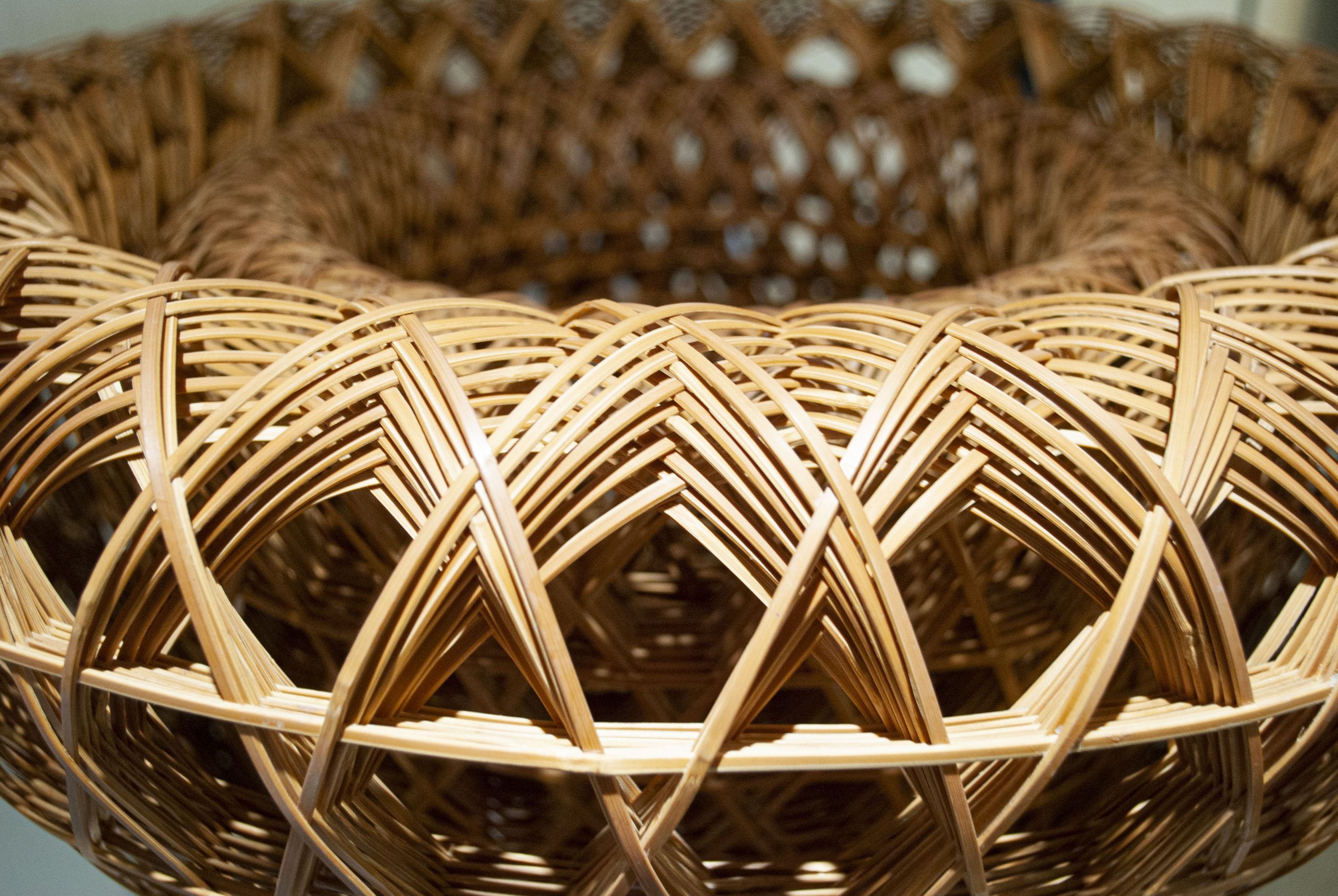 Many are well aware that Beppu is famous as the world’s #1 producer of enterable hot springs. What is not as often talked about, however, is that it is also home to a thriving bamboo craft culture as well. In this article, we will introduce ancient Beppu Bamboo Craft. 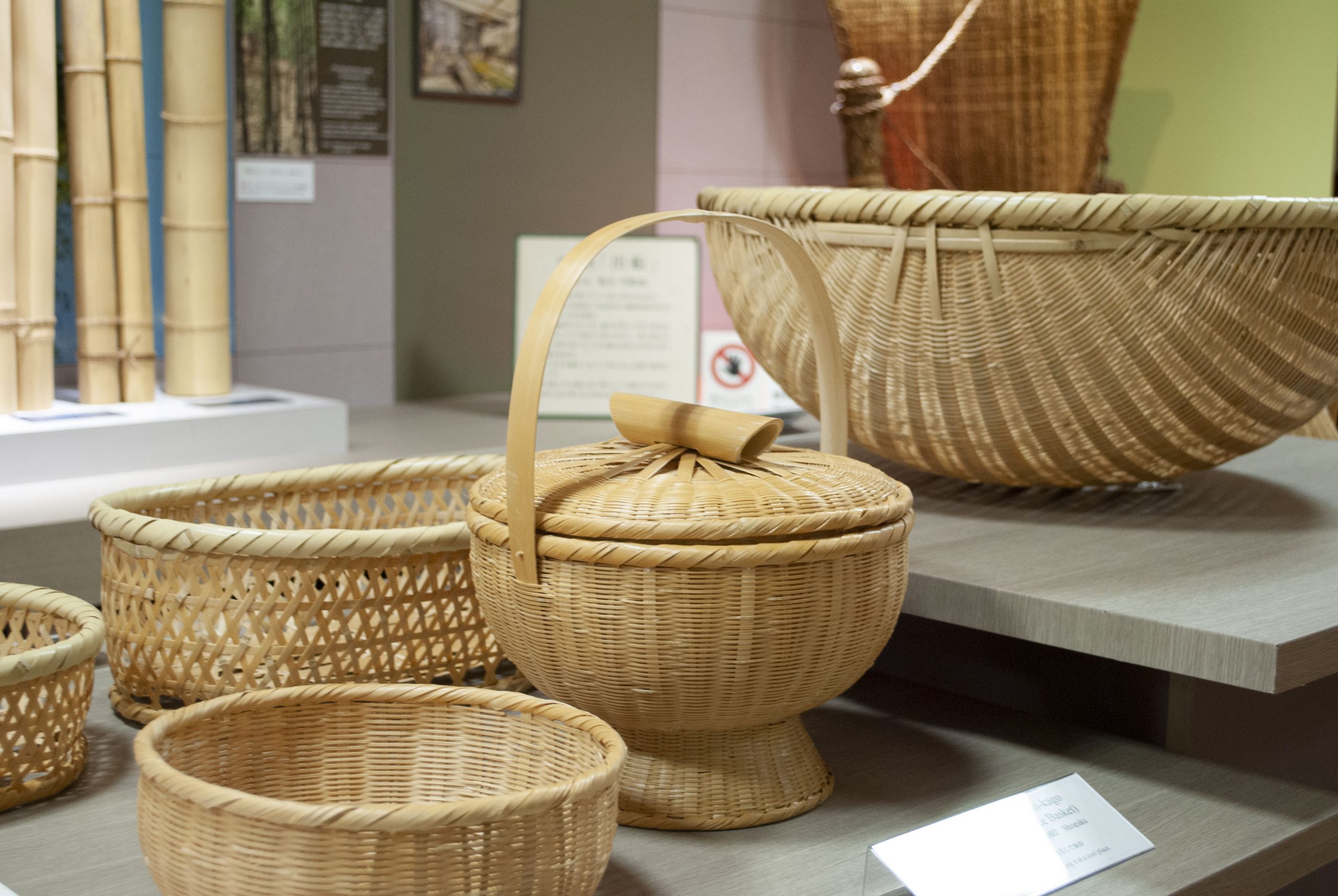 Since long ago, countries throughout East Asia have used bamboo for everything from architecture, to everyday items, to cooking. The plant’s very form makes it incredibly easy to use in manufacturing.

Like other Asian countries, Japan also made great use of this natural resource; they have been using bamboo since the beginning of civilization. Records show that they were already using bamboo baskets and draining baskets called “zaru” in the 1st century. 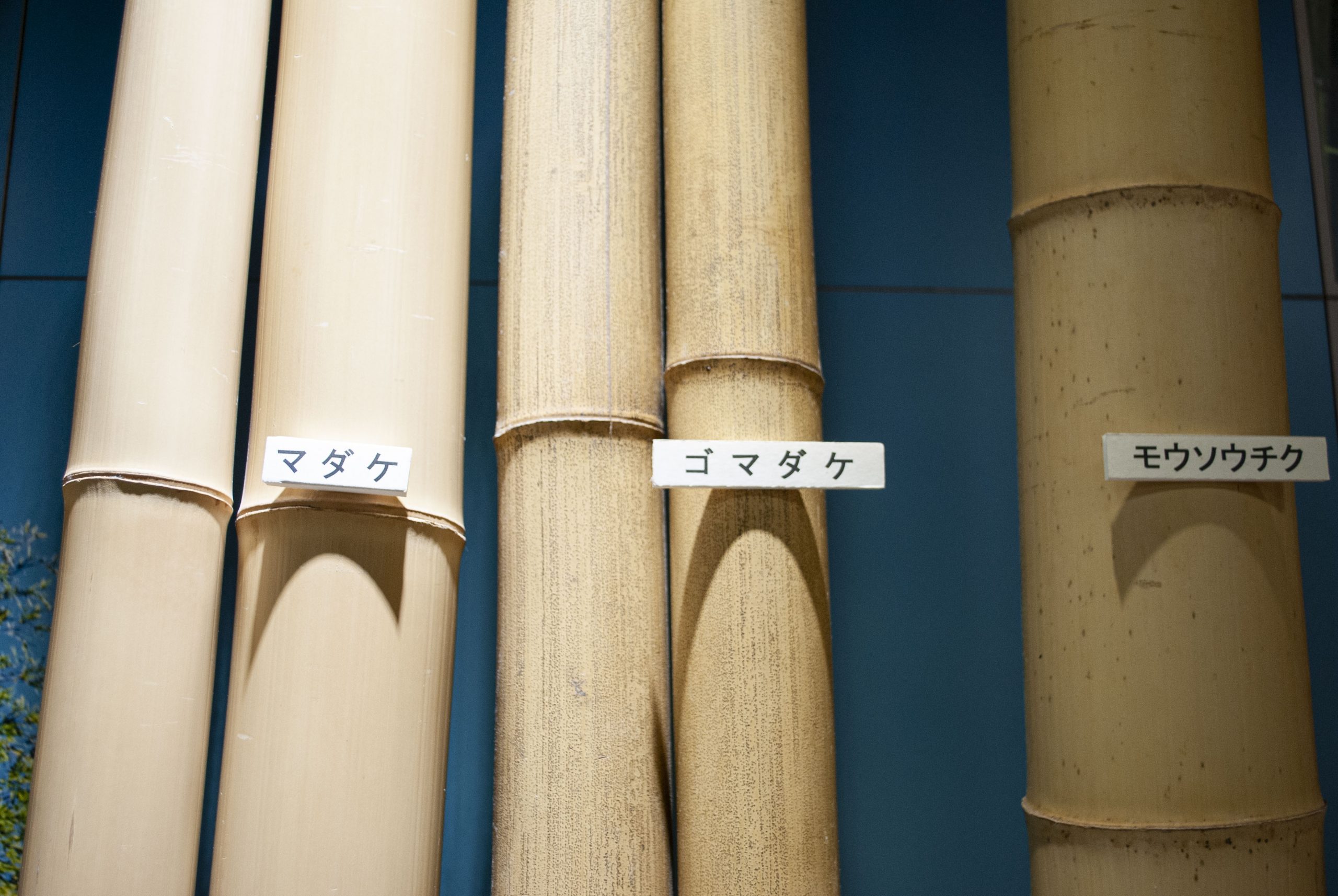 Madake is on the far left

Kyushu is no exception. It is famous for its abundance of madake, a certain type of bamboo, which natives have put to use for thousands of years. Madake is easy to divide and flexible, making it perfect for the kind of intricate weaving practices that characterize Beppu Bamboo Craft.

The story of how Beppu bamboo craft came to be nationally recognized started many centuries ago. According to historical documents, when Emperor Keiko came to conquer the Kyushu region, his subordinates discovered the high quality bamboo fit for creating a variety of utensils and baskets. And that was said to be the beginning of the craft. 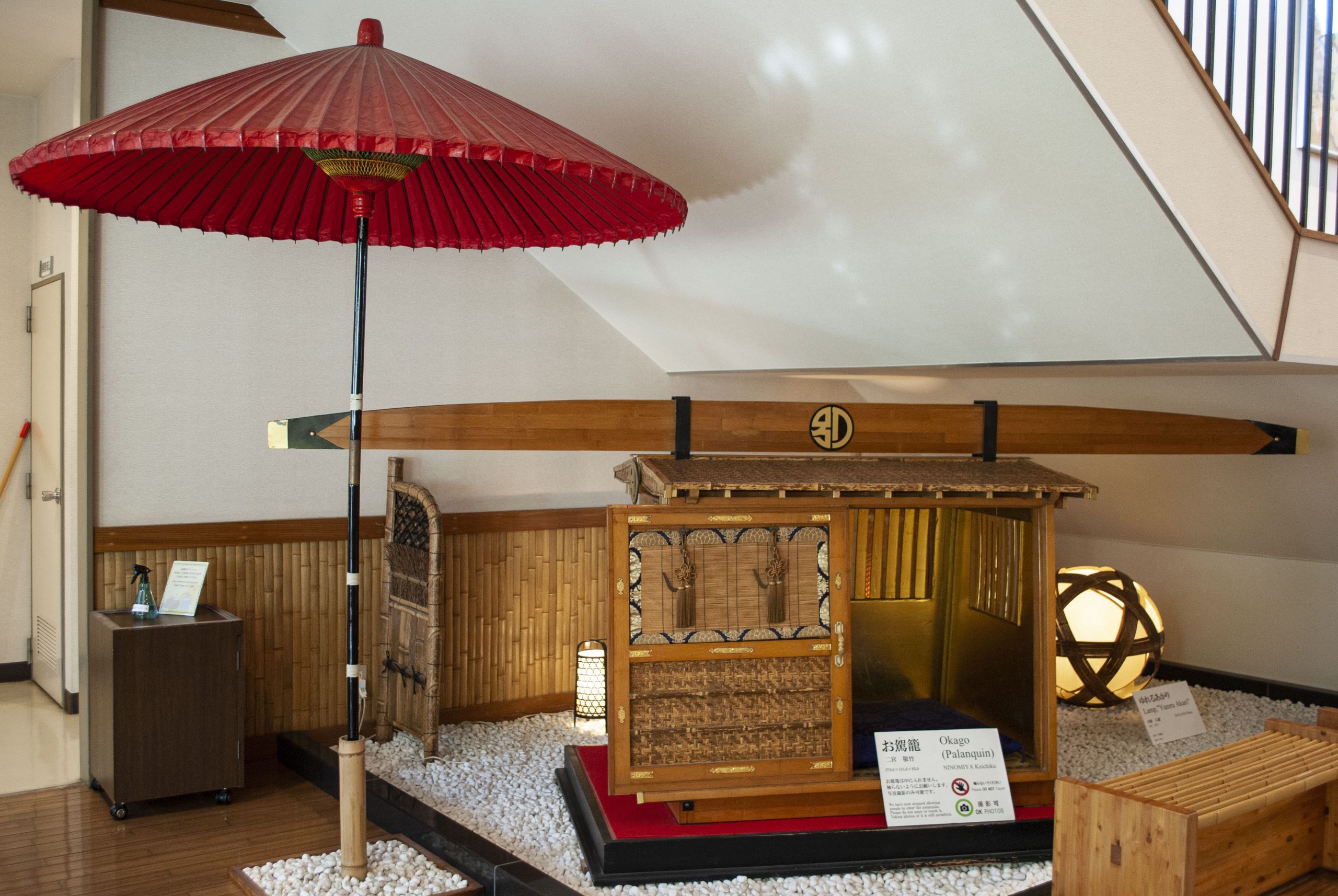 Beppu Bamboo Ware would not take off nationally until several centuries later, however. And like many things in Beppu, it is inextricably linked with “toji,” also known as onsen healing. You can read all about onsen healing here!!! 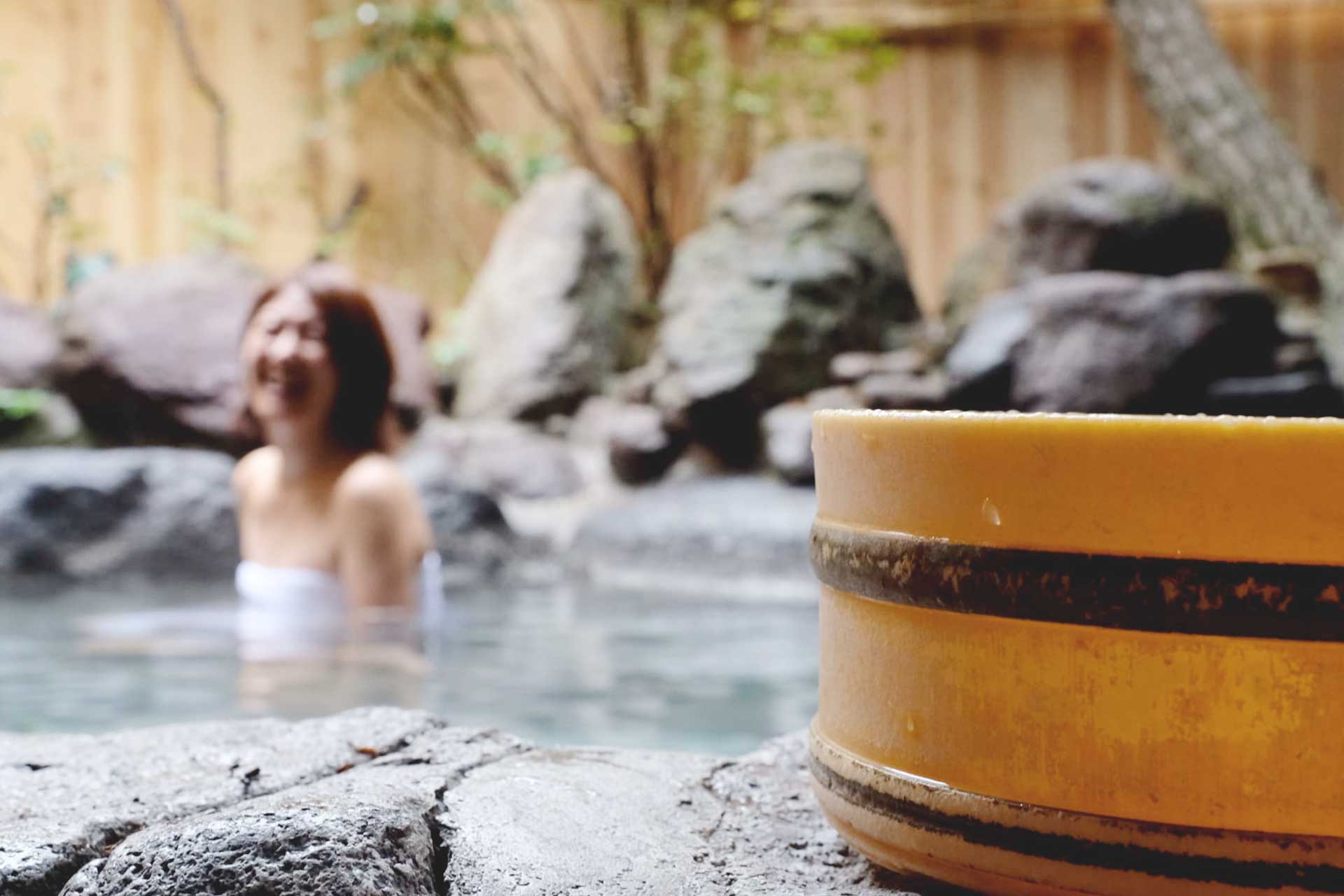 In the Edo Period, Japan’s economy developed and saw a period of peace. Traveling became possible like never before. Consequently, the reputation of Beppu and its healing onsen spread through the country.

Those who came to spend an extended time in the onsen resort would need everyday items such as zaru to drain rice and vegetables, baskets to carry their goods, etc.. These visitors were impressed by the quality of Beppu’s bamboo goods and would bring these home as souvenirs. As a result, Beppu bamboo ware became an industry in its own right as Beppu Onsen continued to flourish. 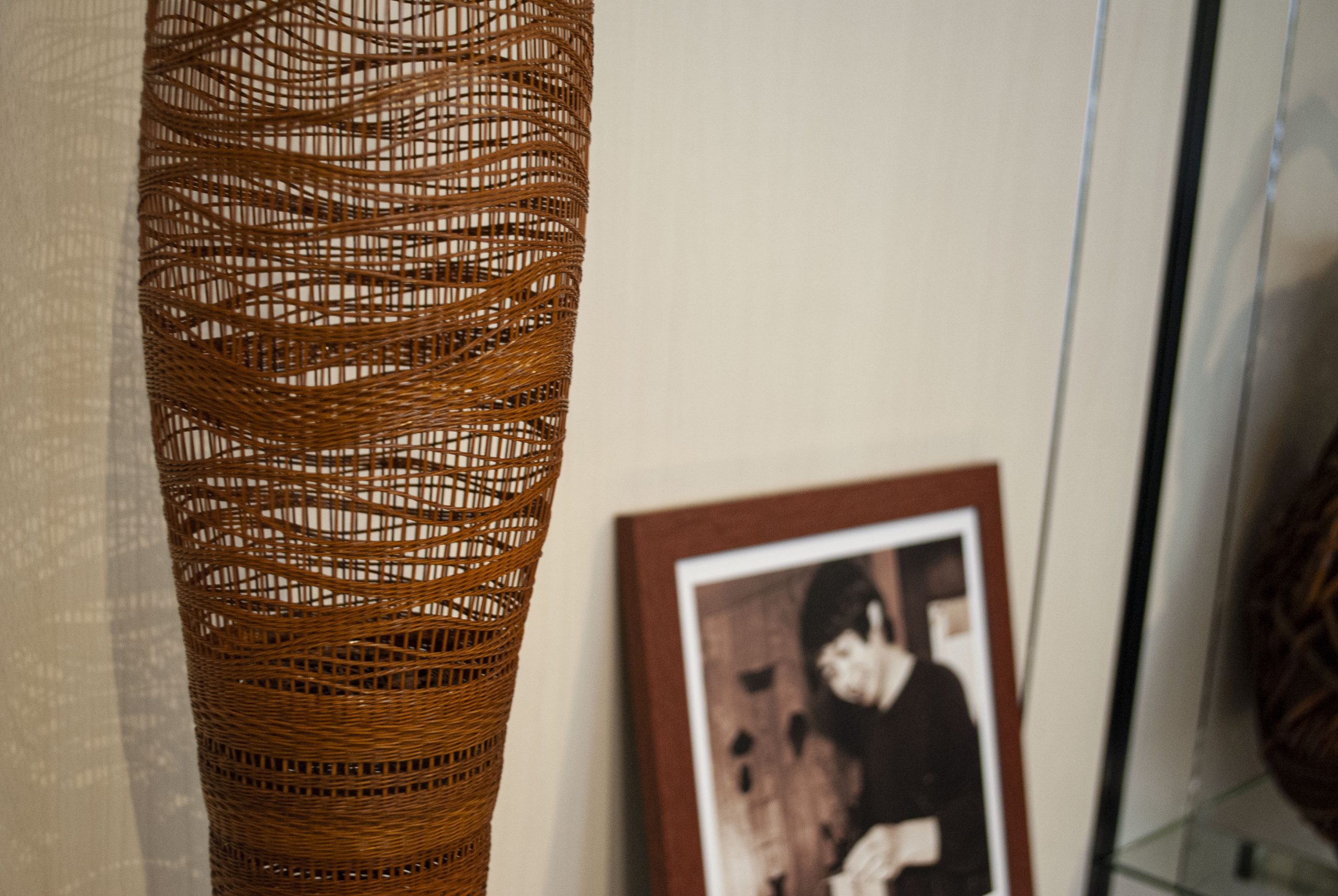 When Japan entered the Meiji Period, domestic travel became even more accessible. Beppu was in need of ryokan to be able to host their new and affluent visitors. However, bamboo craft had not been developed to create furniture or decorations that would be needed for these inns. In 1902, Beppu made a crafts school to address this issue. Bamboo was one of those trainings provided by the school.

You can read about Beppu Onsen ryokan here! 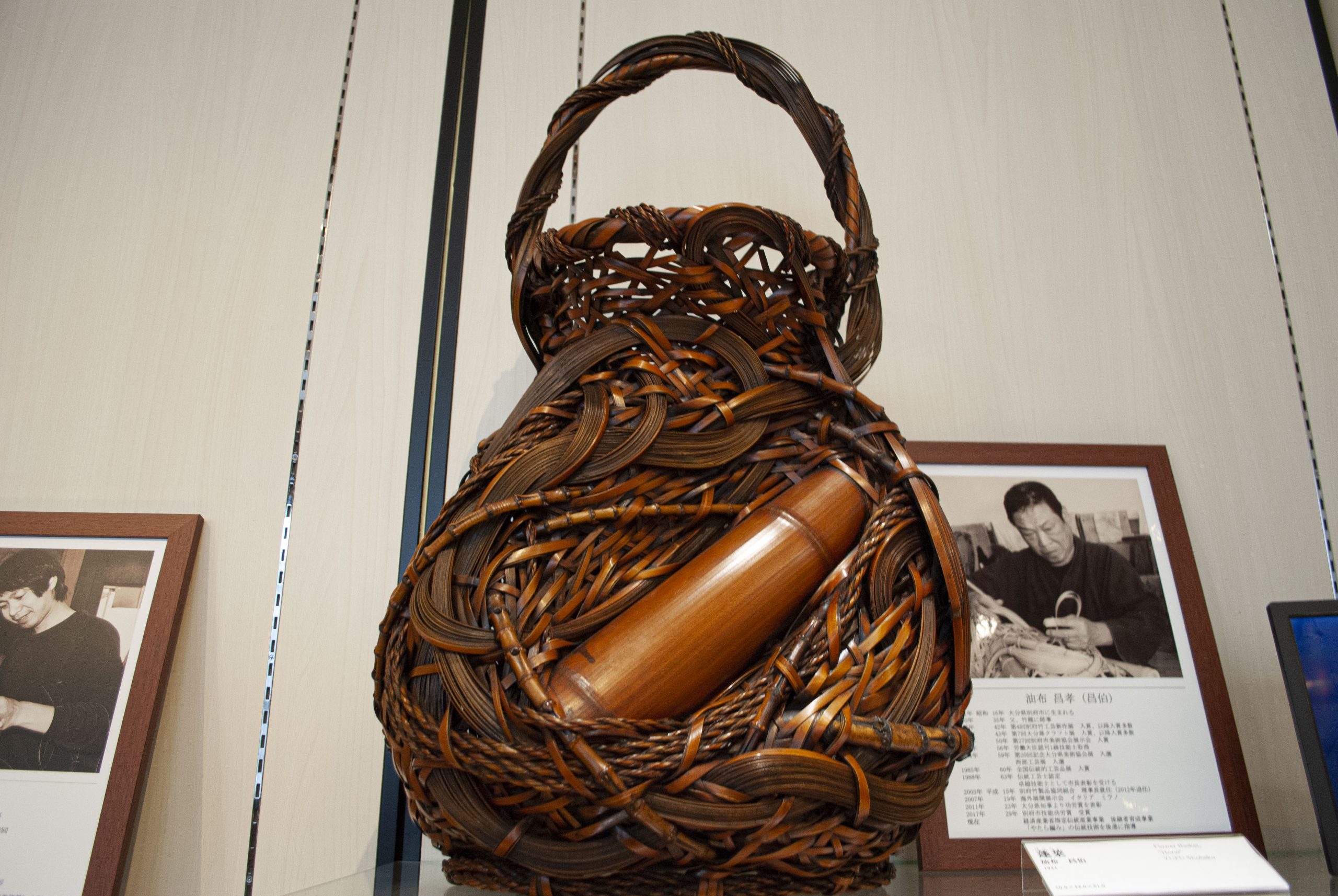 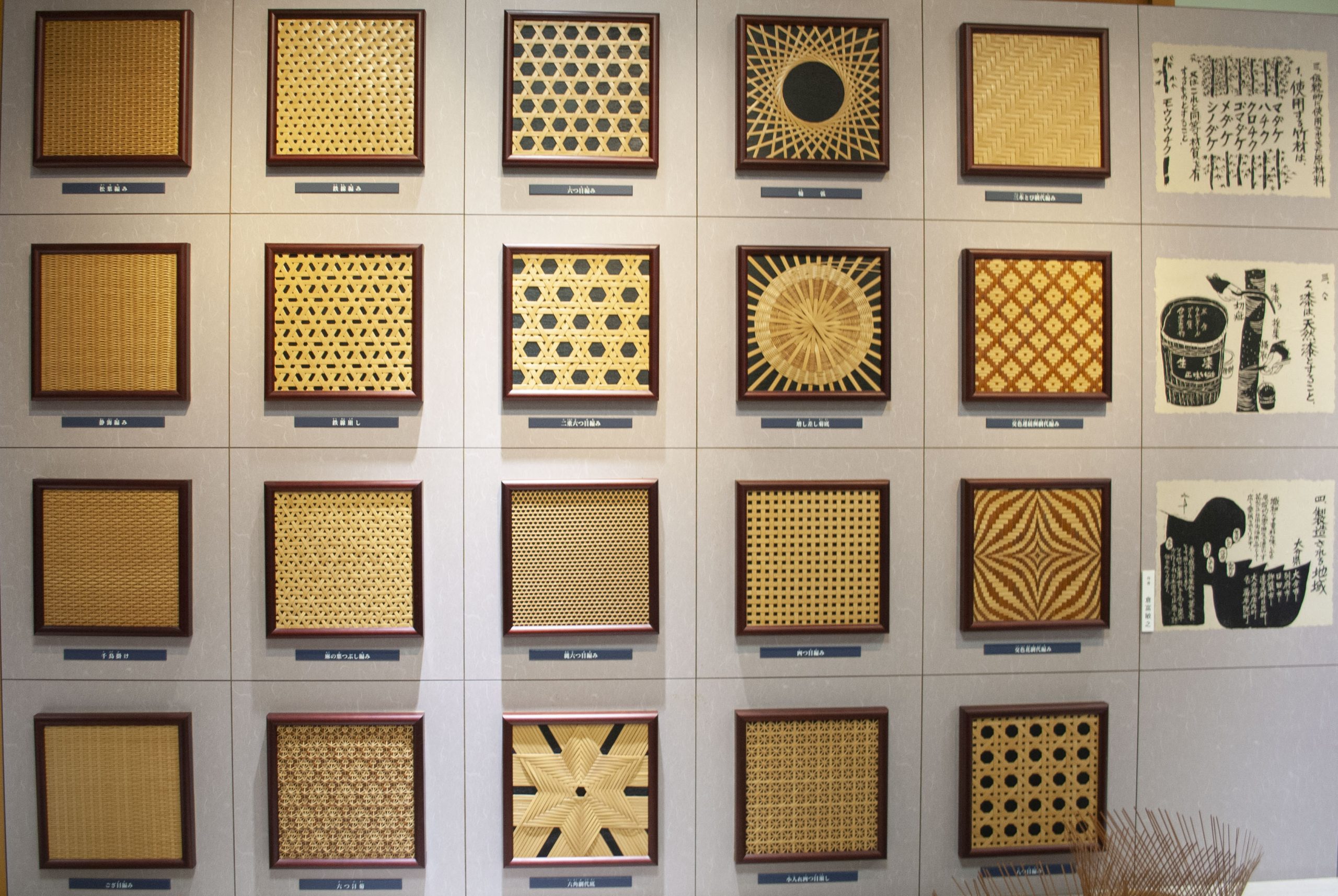 There are more than 200 types of weaving

Beppu Bamboo Ware continued to evolve throughout the years. Artisans even began to approach as an art form and created pieces not as decorations but art objects. Nowadays you can find everything from earrings to purses to made from bamboo!

One place you can find such items is Beppu’s own cotake. 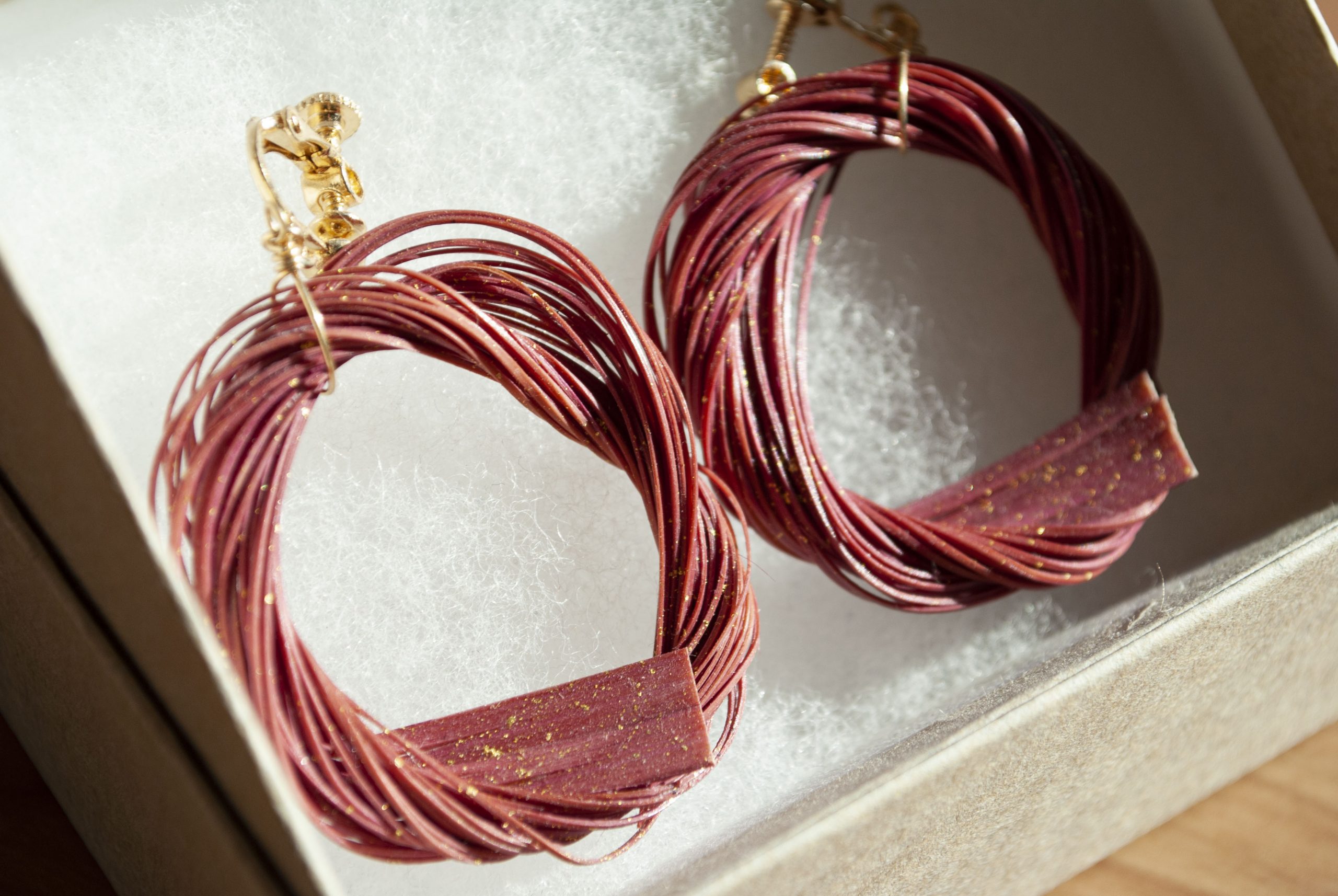 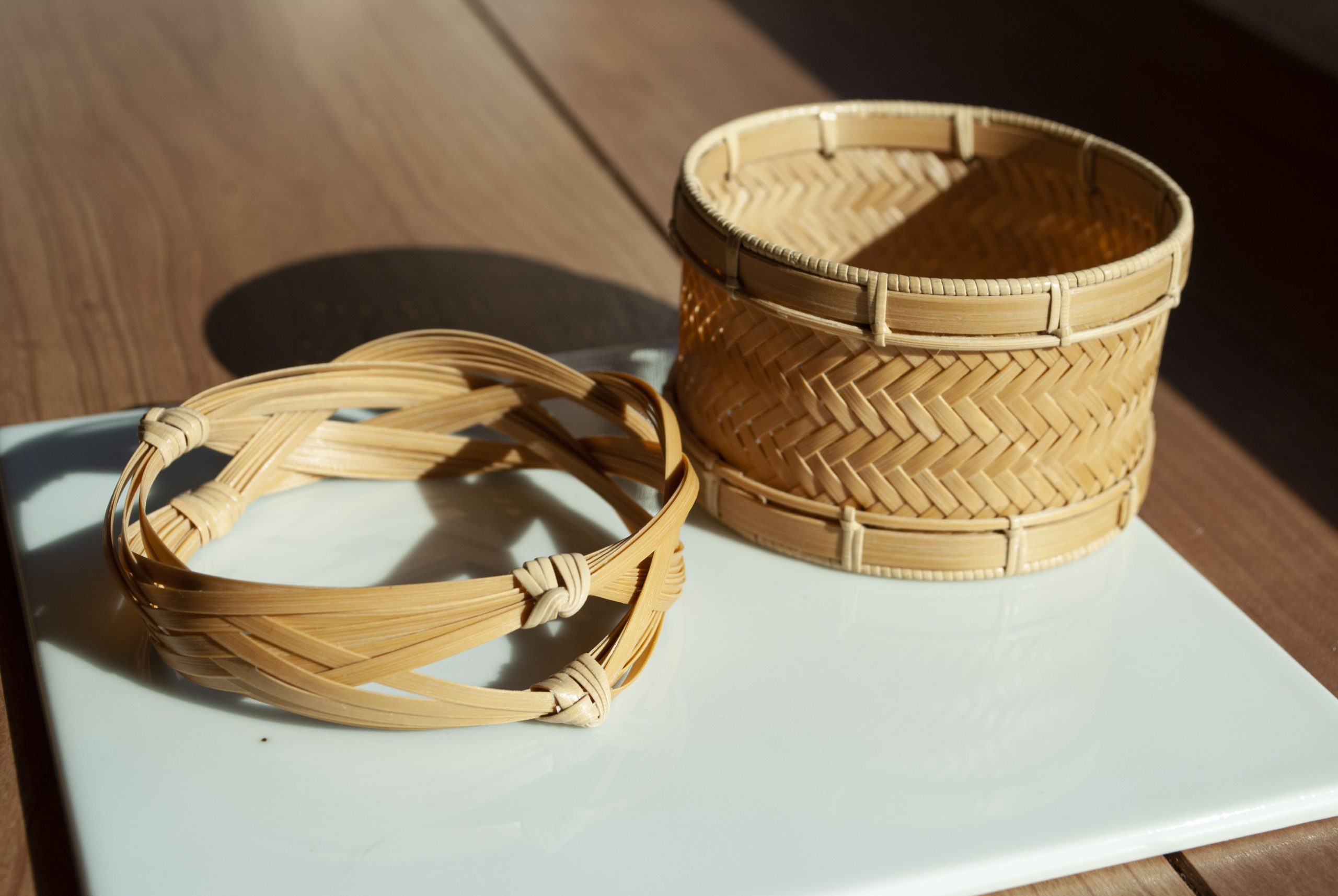 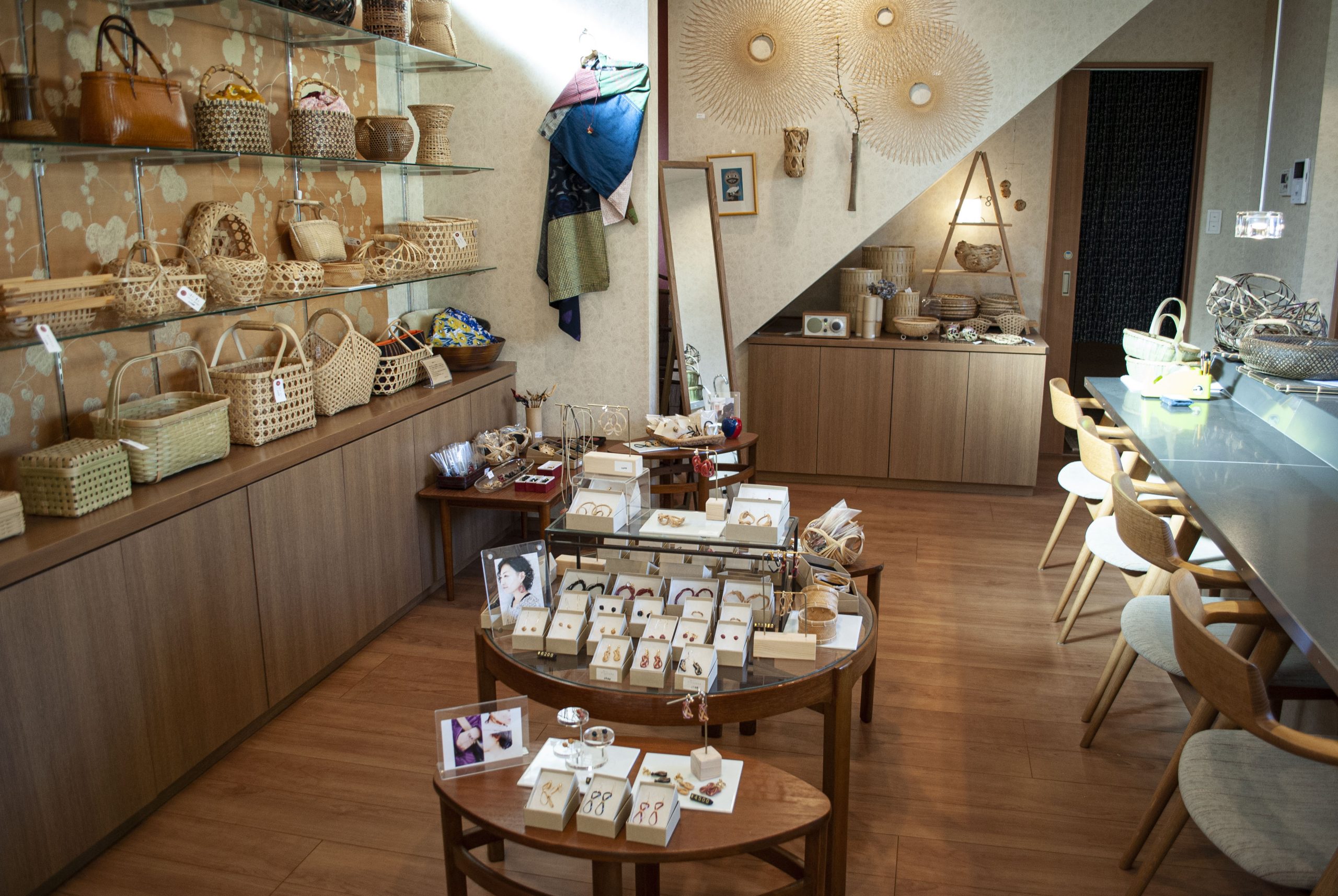 This charming shop has a variety of products including stunning accessories that display the modern sense of today’s Beppu bamboo craftspeople.

One of the main places responsible for keeping the culture alive and making people more aware of Beppu craft and bamboo itself is the Beppu City Traditional Bamboo Crafts Center. Not only do they have a fantastic collection on the first floor, but they also have a classroom on the second floor, and a museum shop and cafe where you can find pieces you can purchase. 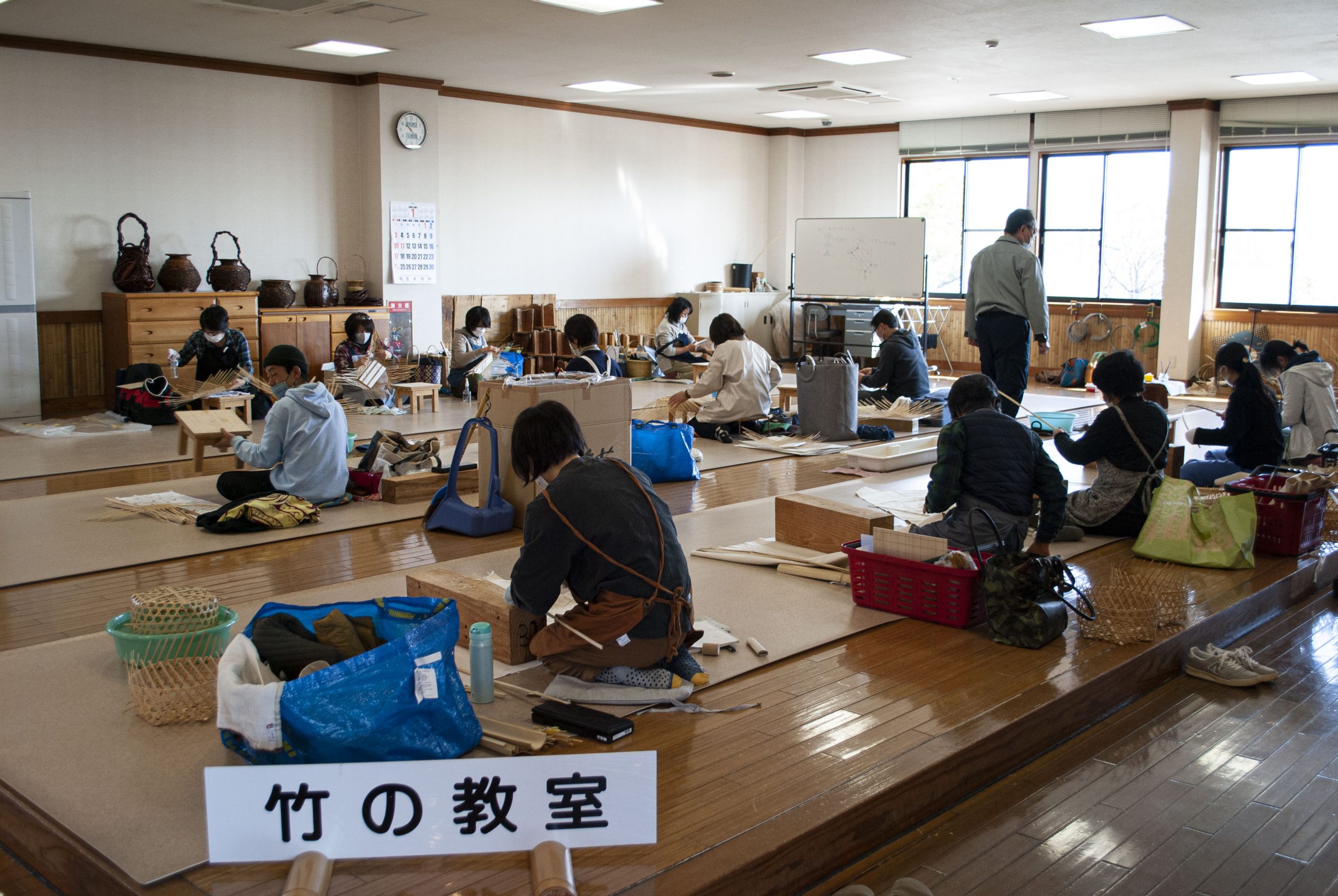 You can also experience making bamboo crafts for yourself. Visit the Center’s site below for more information. (Reservations must be made a week in advance). 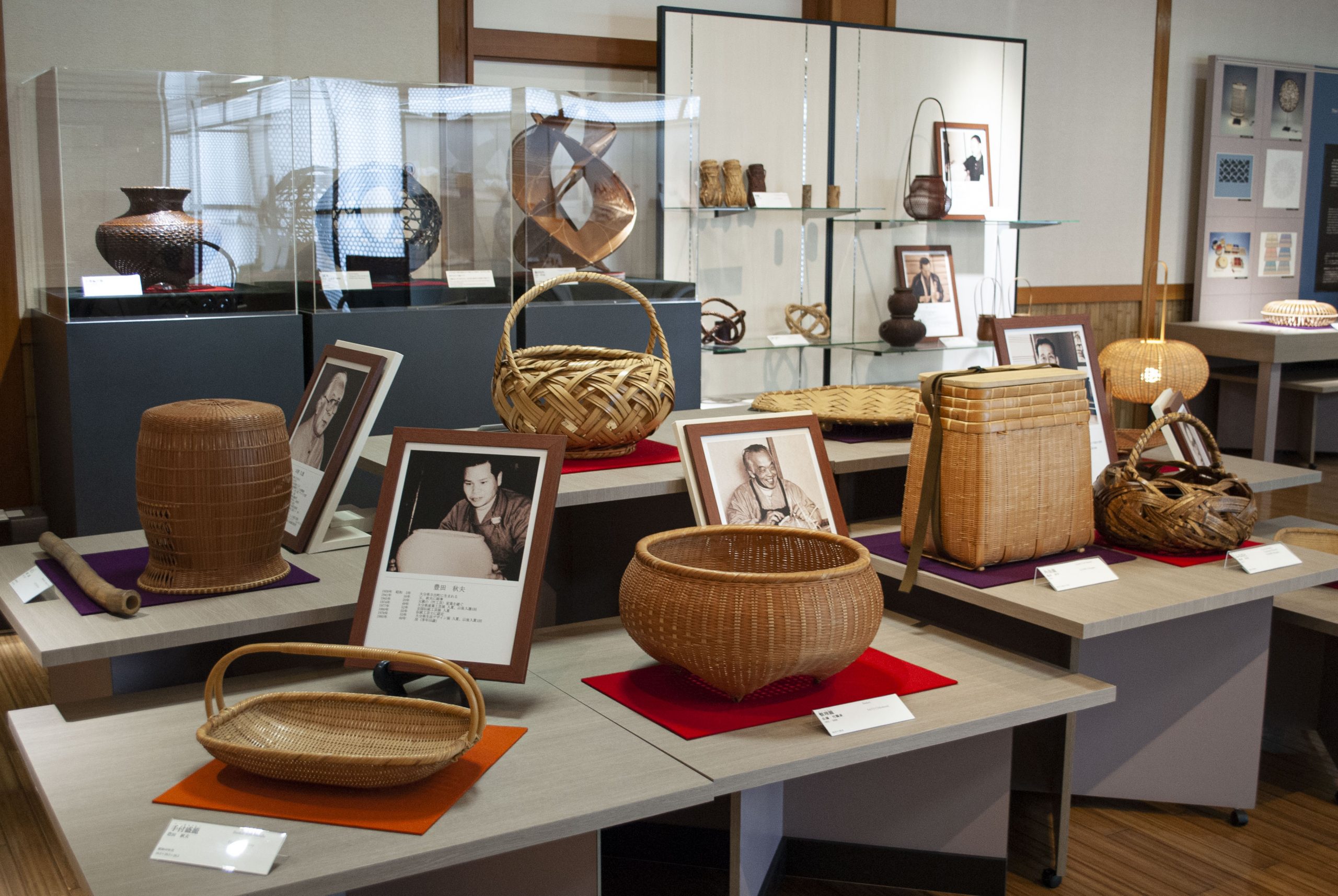 Future of Bamboo Ware According To A Beppu Master

Another important figure in keeping this tradition alive is Ichiro Iwao, the chairman of Beppu’s Bamboo Goods Association. Both his father and grandfather were bamboo craftsmen, making this family business an over 100 year-old tradition.

The 65 year-old began working as a bamboo craftsman at the age of 23.
Of his craft, Iwao san says,“Making something from all the raw material to the finished product is really interesting.” He says, “It’s incredibly satisfying having people using the things you make and enjoying them.”

Iwao san has an interesting prediction for the future of bamboo crafts. Because everyday life has greatly changed in Japan, so too must bamboo crafts evolve to address the everyday needs of today.

Nowadays, Iwao san receives a variety of interesting orders both domestically and from overseas. Currently, he is making bamboo coffee stands.
“Bamboo is a great way to express Japan, and that kind of taste is popular overseas.” he explains.
Iwao san will also be making a welcome stand for a station in Tokyo, where it will presumably be seen by many foreign people. 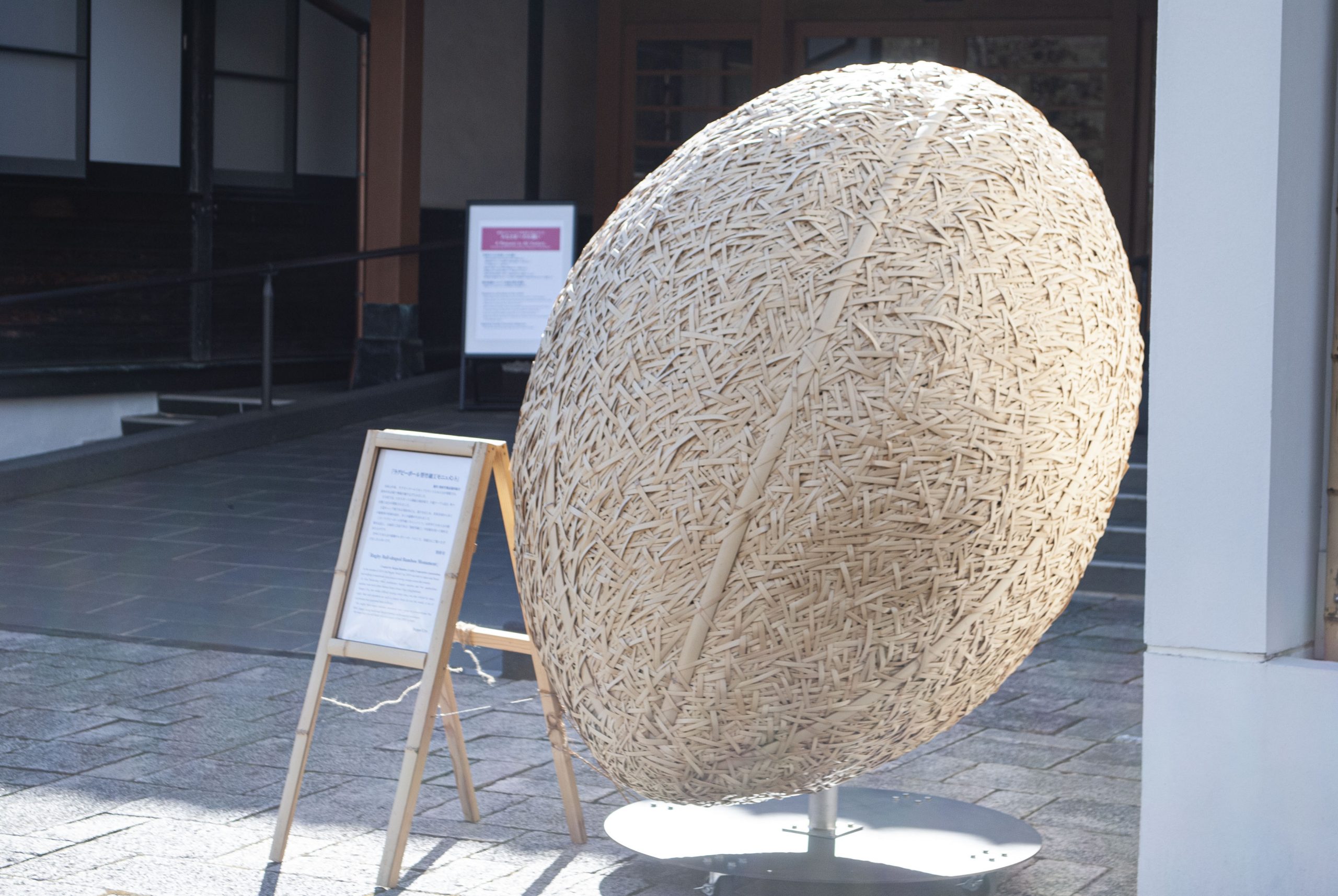 This bamboo football was created for the 2019 Rugby World Cup. At the time, Beppu received an unprecedented influx of foreign rugby fans.

The city of Beppu and its citizens aren’t the only ones proud of their craft. The national government also supports Beppu Bamboo Ware as it was designated as a traditional craft industry in 1979. Iwao san is thankful for the local and national government’s effort to protect this craft. We are confident it will be preserved into the future as its beauty is apparent to any viewer regardless of cultural background.

*With the exception of cotake and its goods, photographs used in this article were taken at Beppu City Traditional Bamboo Crafts Center

How to get to Beppu where Beppu City Traditional Bamboo Crafts Center is located. 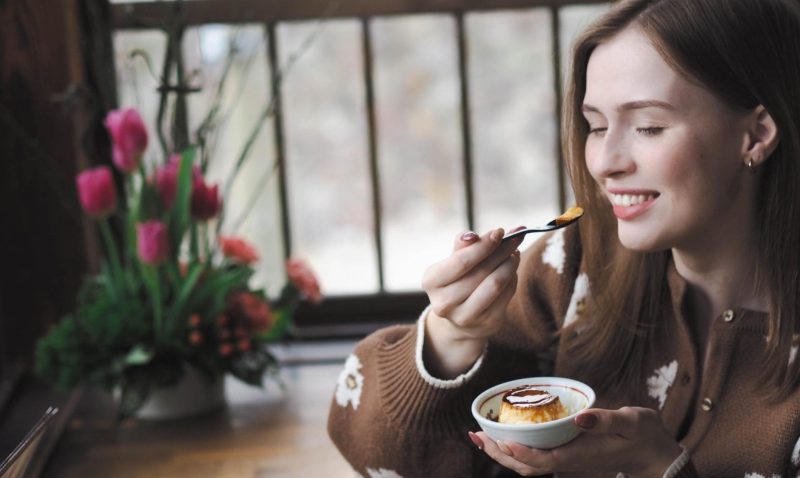 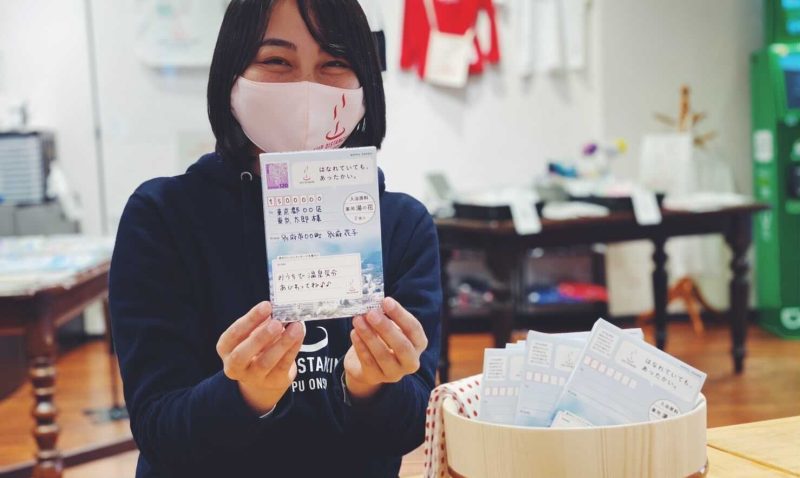 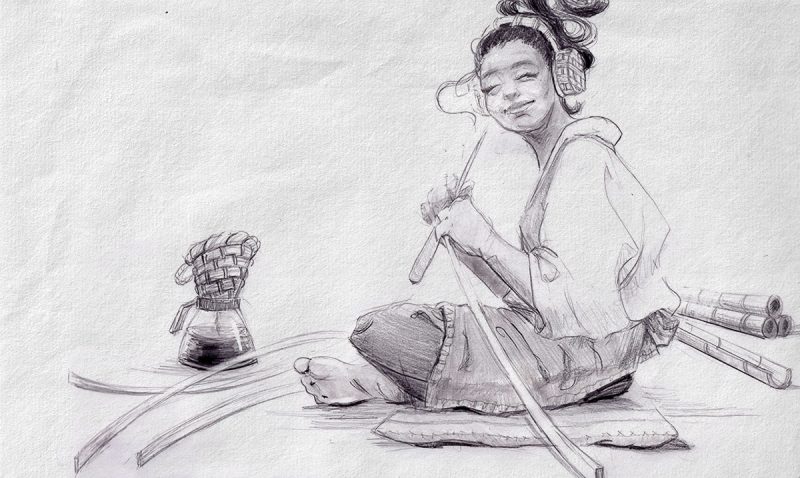